Senate President, Dr. Abubakar Bukola Saraki, on Sunday led a National Assembly delegation to partake in the 135th Inter-Parliamentary Union (IPU) Assembly taking place in Geneva, Switzerland, with the theme: “The Role of Parliaments in Protecting Human Rights of Citizens.” 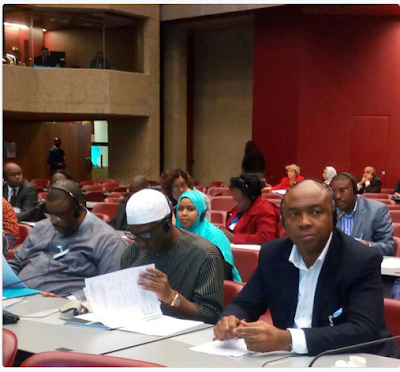 Saraki who is a member of the Governing Board of the IPU, according to a statement by his Chief Press Secretary, Sanni Onogu, in Abuja, will deliver a speech to the Assembly, partake in debate, meet with the leadership Council of the Global Alliance for Clean Cookstoves and Nigerians in Diaspora (NID) and hold meetings with other delegations at the sidelines. Some of the issues slated for debates and consideration during the session are: the draft resolution on The freedom of women to participate in political processes fully, safely and without interference: Building partnerships between men and women to achieve this objective, Human Rights abuses as precursors of conflict: Parliaments as early responders, expert hearing in the role of parliaments in preventing outside interference in the internal affairs of sovereign states and HIV/AIDS and maternal, newborn and Child health. Other delegates to the event taking place between 23rd – 27th October, 2016, include the Deputy Speaker of the House of Representatives who is Deputy Leader of Delegation, Hon. Sulaimon Lasun Yussuff, Senators Bayaro Usman Nafada, Kabiru Gaya, Rafiu Ibrahim and Stella Oduah. 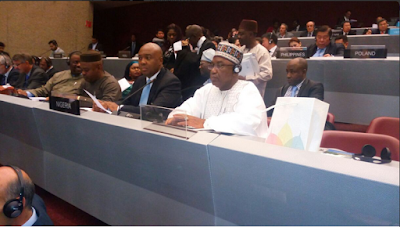 Donald Trump's Daughter, Ivanka, Confronted By An Angry Man Aboard A Plane. Photos

Wife Batters Husband's 'Mistress' In Middle Of Street After Hunting Her Down For 4 YEARS. Pics