There was a mild drama in Enugu state on Sunday, October 2, at the Nnamdi Azikiwe stadium as Rangers Rangers beat El Kanemi 4-0 in the final game of the Nigeria football season to win the league after a 32-year-wait. 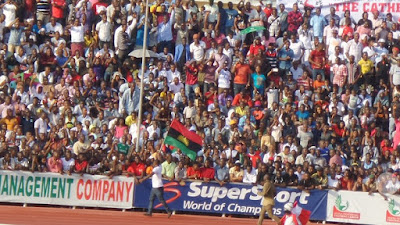 The drama started after a pro-Biafran supporter stormed the pitch -displaying the Biafran flag right in the presence of the state governor; Ifeanyi Uguwanyi, deputy senate president; Ike Ekeremadu and other dignitaries. Their action provoked security officers within the stadium who moved towards the young man holding the flag and attempted to snatch it from him. However, the security operative’s action was greeted with extreme repugnance from the fans in the stadium which forced them to let the man walk away. 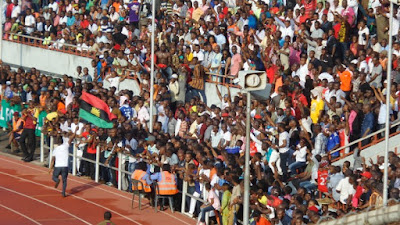 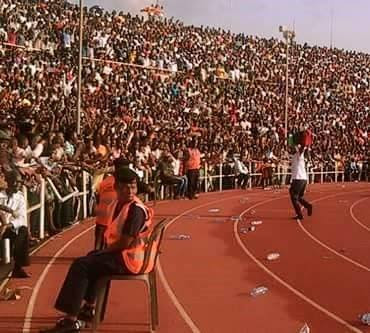 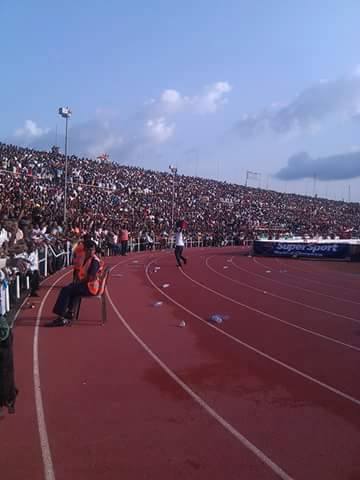 Rich Chinese Man Are Spending Big Cash To Look For Wives In Siberia Due To Women Shortage.. PICS

Naked Russian Men Taser Themselves During Dinner Party After Getting Drunk. Photos

Man Raises Alarm After Receiving A Friend Request On Facebook From This Guy..