Former heavyweight boxing champion Joseph ‘No Pressure’ Chingangu, who fought the likes of Vladimir Klitschkov for titles in his heyday, was in the late hours of Sunday, apprehended by students at University of Zambia (UNZA) where he allegedly stole laptops before the students meted mob justice on him. 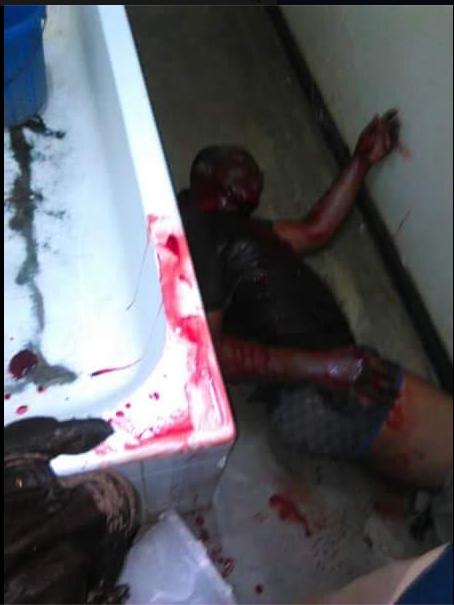 Chingangu, 49, allegedly stole 3 laptops and a phone from female students who identified him before the angry mob descended on him.

“After the students identified him as being the person who had stolen the laptops and phone Chingangu tried his boxing [antics] by throwing [some] punches at anyone who was nearby,” UNZA Network writes.

“Students had other plans as they gave him a knock out …..He was later taken to UNZA security who were at the time … organizing transport to take the almost lifeless once-upon-a-time champion [to the hospital].

The anger by students comes in the light of many laptops being stolen and cases dying a natural death.” In February 2016, Joseph ‘No Pressure’ Chingangu was formally charged with theft of motor vehicle, housebreaking and burglary by Lusaka police. He was later given an aggravated robbery charge before he appeared in court.

Victorious Super Falcons Hosted In Lagos On Their Arrival From Cameroon. Photos