Niger State governor, Alhaji Abubakar Sani Bello on Wednesday visited Kpaidna village and its environs in Bosso Local Government area, the scene of face-off between the military and villagers that led to casualties on both sides to condole the villagers and for an on-the-spot assessment. 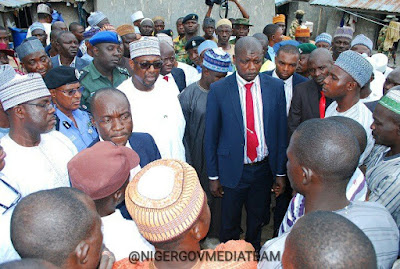 Accompanied by his deputy Alh. Ahmed Muhammad Ketso ,Speaker, Niger State House of Assembly, Rt. Hon. Ahmed Marafa, state executive members, all heads of security agencies in the state and the local government chairman, the governor called on the villagers to return to their various communities. Governor Bello appealed to few men found in the deserted communities to bring back their families and continue to live their normal life, assuring them that efforts are on by the state government to deploy Police patrol team to the area in order to ensure proper security of lives and property. He expressed shock over the incidence and described it as unfortunate. At Jumbuipi village where he met with some women who were seeking refuge with their relations, the governor empathised with them and assured them of his administration resolve to ensure lasting peace and security in the affected communities. The governor who had on-the-spot account from affected villagers, called on the general public to always be security conscious and report any suspicious persons or movements to the appropriate security agencies. The government had earlier set up a three-man committee headed by the Secretary to the State government (SSG), Alhaji Ibrahim Isa Ladan to look into the immediate and remote cause of the unfortunate incident. Government has also dispatched tonnes of food relief to the affected villagers who have fled their home for fear of further attack by the military. It will be recalled that last week one officer, nine soldiers and seven villagers lost their lives in the area following a cordon and search operation that went awry. The military said it acted on an intelligence report that small arms are been stock-piled by the villagers while residents of the villages mistook the military for Fulani herders. Normalcy has since returned to the villages. Jibrin Baba Ndace Chief Press Secretary 10th August, 2016 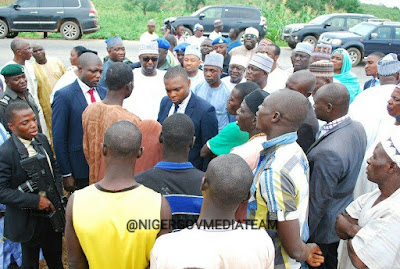 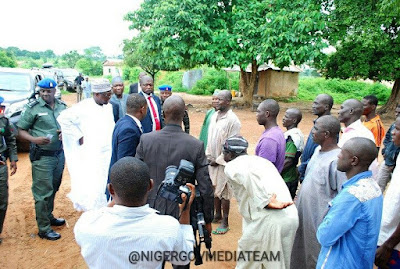 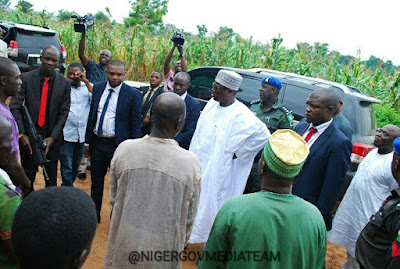 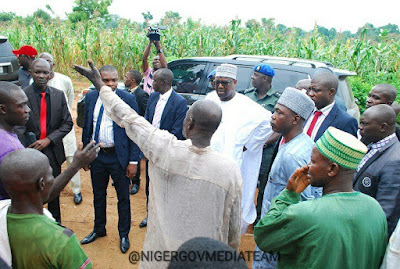 Honour To A Fallen Hero; Air Force Pilot Who Died In A Plane Crash In Yola Gets Honoured. Photos

Bukola Saraki Lands In Kwara State In Company Of Other Senators. See Photos