A baby girl of about a month old who was discovered by the roadside in Shagari LGA of Sokoto State few days ago -has been adopted by governor Tambuwal’s Senior Special Assistant. According to report, the little baby who has been named Maryam -is receiving first class care from her new mother. 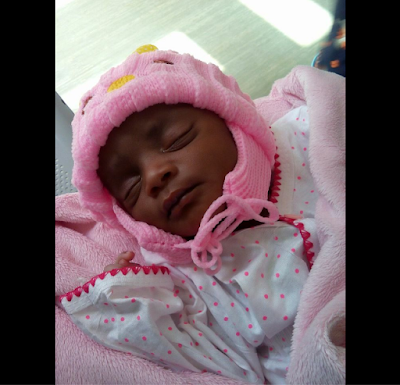 This was made known by Imam Imam, the Spokesman to Sokoto Governor, Aminu Tambuwal, who wrote;

A baby of about a month old was discovered by the roadside in Shagari LGA of Sokoto State some few days ago. My colleague, and Senior Special Assistant (SSA) on New Media to Governor Aminu Waziri Tambuwal, Hajiya Aeesha Maina, has adopted the baby and named her Maryam. The baby is now with her and receiving first class care from a loving mother. May Allah reward Hajiya abundantly. Allah Ya sa wannan ibada ya zama sanadiyan shigan ki aljanna. Amin.

ISIS Militants Blow Man's Brains Out After Being Accused Of Being A Spy . (Viewers Discretion)