A heartless man burned the g*nitals of his stepson as punishment for urinating on the bed. The young boy, said to be aged three, screamed in pain as his g*nitals and bottom were burned after being held in the flames. The disturbing incident was recorded in the city of Limpio, Paraguay, by neighbours who said they were too scared of the man to intervene. 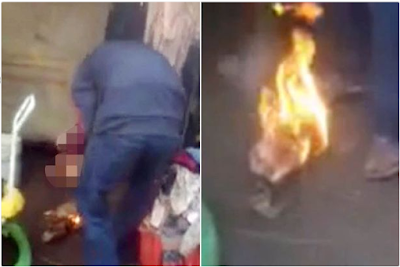 The toddler, who was not named, has been admitted to the Children’s Paediatric Hospital of Acosta Nu with first-degree burns on his private parts after the ordeal. The unnamed stepfather, 20, was arrested after locals lodged a complaint with police and shared the footage they had taken of the incident. 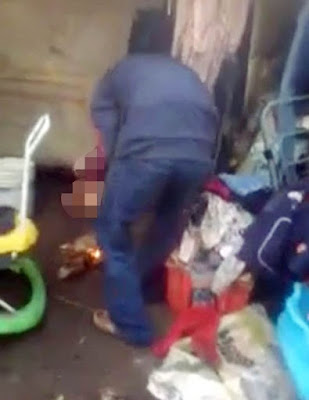 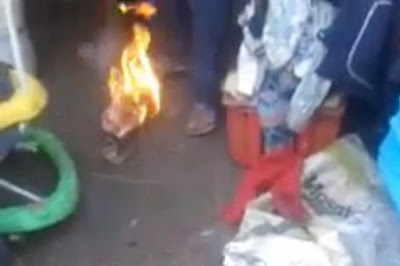 Drunk Man Caught Having S*x With A Shop Mannequin In Broad Daylight. Photo