This man is paid to have sex with little children in Malawi. In some remote southern regions of Malawi, it’s traditional for girls to be made to have sex with a paid sex worker known as a “hyena” once they reach puberty. The act is not seen by village elders as rape, but as a form of ritual “cleansing”. 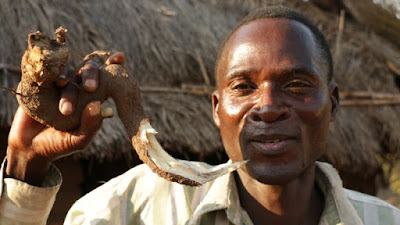 Below is a brief story by BBC Correspondent Ed Butler who met with the man;

I meet Eric Aniva in the dusty yard of his three-room shack in Nsanje district in southern Malawi. Goats and chickens graze in the dirt outside. Wearing a grimy green shirt, and walking with a pronounced limp (he’s been lame in one leg since birth, he says), he greets me enthusiastically. He seems to like the idea of media attention. Aniva is by all accounts the pre-eminent “hyena” in this village. It’s a traditional title given to a man hired by communities in several remote parts of southern Malawi to provide what’s called sexual “cleansing”. If a man dies, for example, his wife is required by tradition to sleep with Aniva before she can bury him. If a woman has an abortion, again sexual cleansing is required. And most shockingly, here in Nsanje, teenage girls, after their first menstruation, are made to have sex over a three-day period, to mark their passage from childhood to womanhood. If the girls refuse, it’s believed, disease or some fatal misfortune could befall their families or the village as a whole. “Most of those I have slept with are girls, school-going girls,” Aniva tells me. “Some girls are just 12 or 13 years old, but I prefer them older. All these girls find pleasure in having me as their hyena. They actually are proud and tell other people that this man is a real man, he knows how to please a woman.” Despite his boasts, several girls I meet in a nearby village express aversion to the ordeal they’ve had to go through. “There was nothing else I could have done. I had to do it for the sake of my parents,” one girl, Maria, tells me. “If I’d refused, my family members could be attacked with diseases – even death – so I was scared.” They tell me that all their female friends were made to have sex with a hyena. Aniva appears to be in his 40s (he’s vague about his precise age) and currently has two wives who are well aware of his work. He claims to have slept with 104 women and girls – although as he said the same to a local newspaper in 2012, I sense that he long ago lost count. Aniva has five children that he knows about – he’s not sure how many of the women and girls he’s made pregnant. 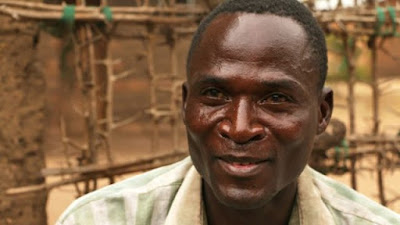 Man Dies After Being Poisoned While Hanging Out With Friends In Anambra. Pictured