A mother in Shanghai, China, has given birth to identical quadruplets, meaning that they are one in 15 million. The four girls were born on July 7 in Shanghai, China and were discharged from hospital on September 22. 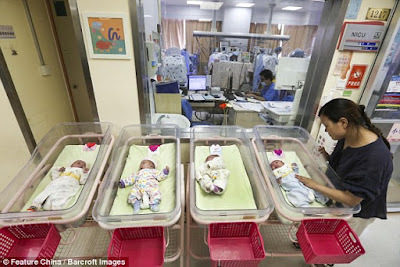 The four babies were delivered by caesarean section at Obstetrics and Gynecology Hospital of Fudan University after 31 weeks. The girls weighed 1,120g (39 ounces) 1,100g (38 ounces), 950g (33 ounces) and 780g (27 ounces) respectively. They were later transferred to Fudan University’s children’s hospital and put in intensive care where doctors evaluated their condition. According to reports, the youngest of the four had respiratory problems which have now improved. The total cost of treatment was 400,000 yuan (£46,000) with nearly 300,000 yuan (£34,000) coming from two charity funds. 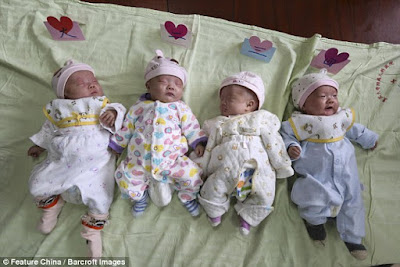 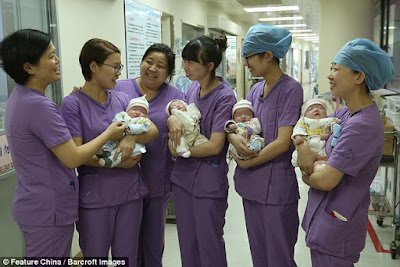 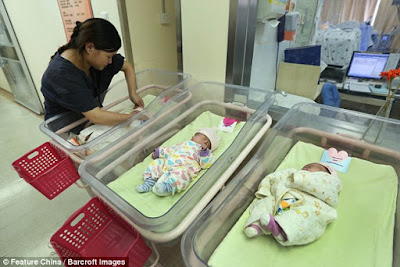 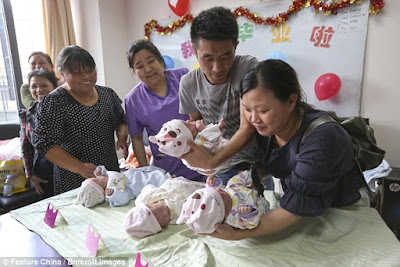 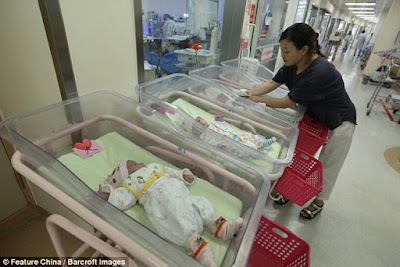 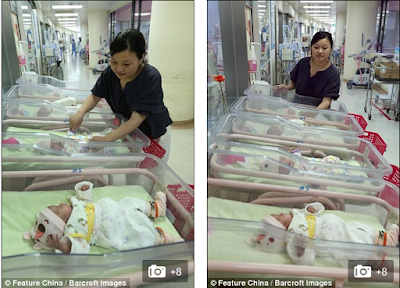 Female Petrol Station Attendant Was Overpaid N5000 By Customer. See What She Did