A newly wed couple posing for photos by their wedding car have gone viral after footage from the event has caused a stir. The bride and groom were spotted laughing and joking when all of a sudden the wedding car reversed, taking half of the bride’s white dress with it. 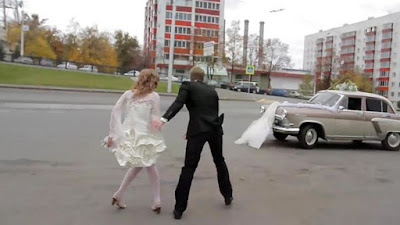 The screaming bride threw her bouquet at the car before turning her attention of the cameraman who filmed the whole thing. It has led some to question whether the whole scene was set up, especially as the bride’s white train seems to detach perfectly from her dress, leaving a neat short skirt behind. 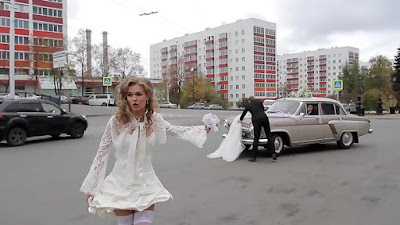 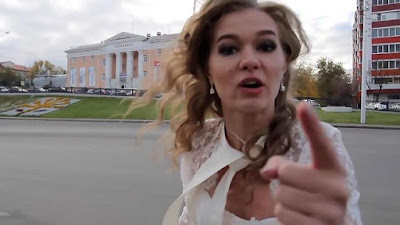 Five Frozen Tigers Are Discovered In A Man's Freezer With Their Organs Missing. Graphic Photos