A cross-dressing ISIS terrorist was caught trying to sneak out of a re-captured Iraqi town in drag – and carrying a USB packed with names of jihadists. Abu Omar al-Assafi was installed by ISIS to govern Sharqat in northern Iraq after the terror group swept through the country in 2014. 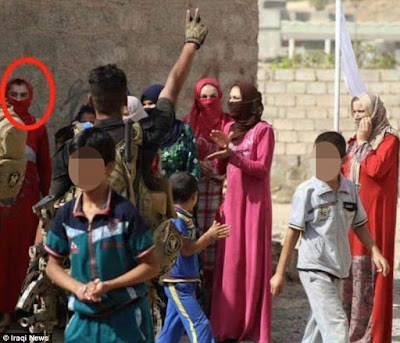 But Iraqi security forces found him trying to escape the area after the town was liberated last week. He was reportedly disguised as a woman and hiding among civilians. When Iraqi security forces made the arrest, they discovered a memory stick containing details of key terrorists, including their names, nicknames and addresses. According to Iraqi News, the USB also contained chilling instructions for ISIS militants to burn houses of residents – and make it look as though Iraqi forces had carried out the destruction.