A man has been gored to death by a bull after it charged at him in front of spectators during a summer festival in Spain. Juan Manuel Calle Sanchez, 59, was rushed to hospital after being attacked as he fell to the ground while trying to outrun the animal in a fenced-off area. 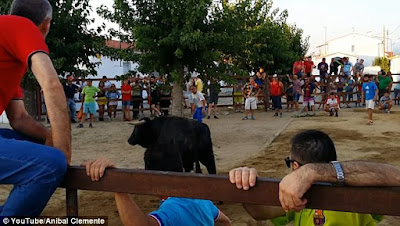 He reportedly tried to climb out of the enclosure to escape but fell back in and was attacked by the bull. Mr Sanchez suffered a collapsed lung after being gored in the chest and later died on the operating table. 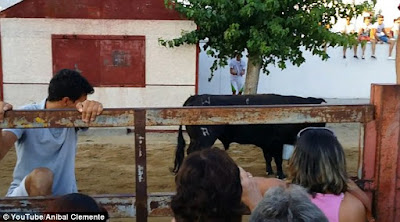 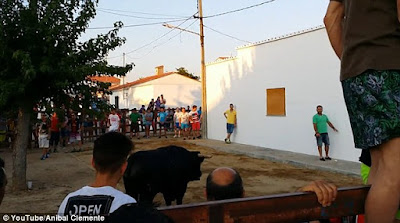 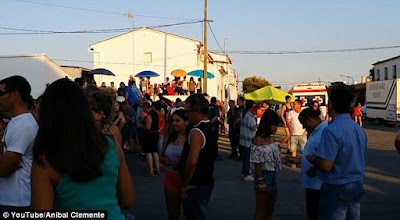 OMG! Woman Returns Her Newborn Grandson Back To The Hospital Because He's Too 'Ugly' ..

Bukola Saraki And His Beautiful Wife Join Others For Obasanjo's Birthday Celebration. Photos