A man accused of raping and and choking two women has claimed he could not have committed either crime – because he is too obese and his penis is too small. Jacques Rouschop, 44, has pleaded not guilty and is currently standing trial for the vicious attack on two sex workers in Ottawa, Canada, during 2013. 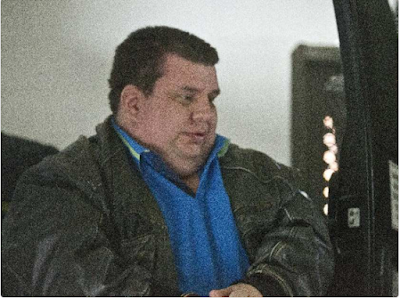 The women claim they were attacked and choked until they blacked out in the backseat of his truck in an industrial car park.

On Thursday his lawyer, Natasha Calvinho, said that Rouschop couldn’t have committed the crimes because of his physical limitations. She claimed because of his weight – around 28.5 stone at the time – he has trouble attracting women and turned to the services of sex trade workers. A registered nurse testified that Rouschop, who is thought to have been 28.5 stone at the time, is 5ft 6 inches tall and now has a 66-inch waist and 31-inch thighs. She also confirmed that the accused has a one-inch penis – measuring approximately two inches when erect – and the jury were shown photographs of him naked. In addition, Rouschop is said to have an ‘umbilical hernia’ measuring 3.5inches by 3.25 inches which “makes it too painful to have sex from behind.” She then told the jury he cared about the sex workers, driving them around, buying them groceries and “helping them in any way he could” – even bringing one woman to his home for sleepovers and dinners with his mother. Ruschop believes he is the subject of a witch hunt by local police.

See The Parents Of The Boy Born With His Heart Outside The Body In Yobe. Photo