21-year-old Olympic swimmer from Canada gives his father the FINGER before every race… Santo Condorelli has been performing the bizarre ritual for good luck since he was eight years old. Santo’s father Joseph reportedly came up with the tradition to help spur him on.. 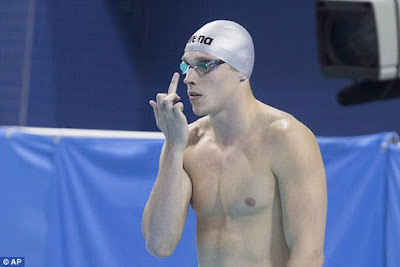 ‘You’ve got to build your confidence yourself and say “eff everybody else that you’re racing,”‘ Santo told The Canadian Press his father said to him.’He said “Every time you’re behind the blocks, give me the finger and I’ll give it back to you”.’

This is the first time Santos has swum at Olympic level after being picked for the Canadian team earlier this year.

‘Seeing everybody’s reaction to it has been interesting. I’m not trying to p*** people off. I just put it in the middle of my forehead now.’My dad is definitely giving it to me and I can see him from a mile away,’ he said.

His father explained: ‘It’s a communication between him and I to calm down and get ready. ‘It became a good ritual for both of us. He got a lot of his aggravation out with just a really simple “Give it to the world” rather than keep it internalized. It calms him down on the blocks for sure.’ 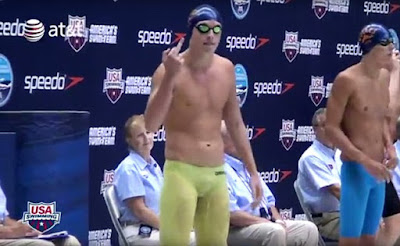 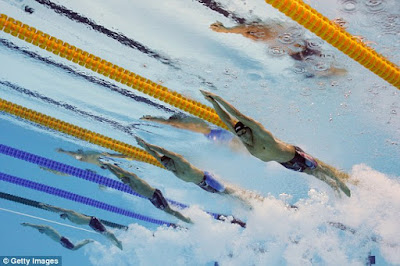 Model Burns Her Own Breast With A Lighter In Extreme 'Free The Nipple' Protest. Photos