Chelsea midfielder John Obi Mikel has shown class by donating $30,000 (£23,000) to the Nigeria Olympic team. According to reports by Kola Daniel of African Football, the veteran footballer has lent some money to the travelling contingent, who have complained of a lack of backing ahead of the Rio de Janeiro games. 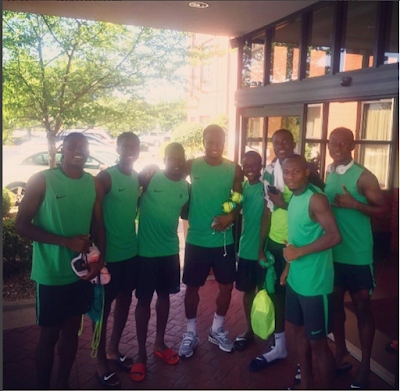 “Mikel has donated $30,000 to the team,” said a player, as quoted by Daniel. “You know we have not received money since we left Nigeria.” The team coach, Samson Siasia, had previously called for more support and stated he has not been paid for the last five months. The Olympics opening ceremony is scheduled for August 5. Mikel will be part of the Nigeria team that takes part in the soccer tournament in Rio and has been named as the captain of the African nation’s 85-person contingent for the Olympics. Speaking to thenff.com (h/t Aanu Adeoye of Goal) the 29-year-old said he was “overwhelmed” to be nominated as the team’s leader.

The Blues man will be hopeful of continuing the Super Eagles’ pedigree in the soccer tournament, having won gold in 1996 and silver in 2008. They’ll face Sweden, Colombia and Japan in their group.

“How And Why We Got Into Trouble” President Buhari Briefs Nigerian Professionals In America.