A Poacher (Adamu Danjuma) was arrested at the Yankari National park in Bauchi state on July 15th after he was caught following elephants, presumably waiting for an opportunity to kill one. According to report, he was previously arrested on March 18th but was released by the court on bail after claiming that he had health challenges. 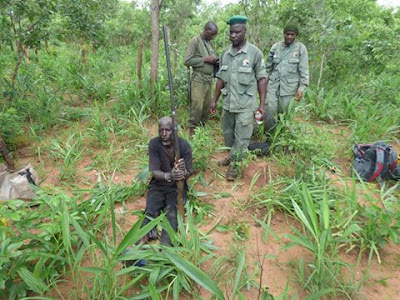 He never paid the bail money and was soon back inside the reserve hunting for elephants again.

Poor Turtle Found In Thailand With Thousands Of Coins In Its Stomach And Shell Cracked. Photos

Woman And Her Husband Storm Runway To Stop An Airplane After Arriving Late. Photos