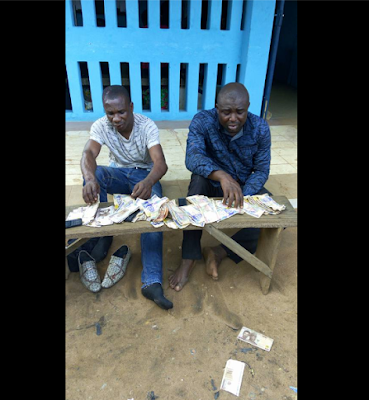 Luck ran against the suspects today 17/08/2016, when they attacked an unsuspecting First Bank customer along Bank road Owerri. The victim had withdrawn some money concealed in a black polythene bag from first bank and as he was crossing along bank road, the suspects while operating in a motorcycle snatched the bag containing the sum of 144, 000 from the victim. They were rounded up by the high spirited operatives of the Command following a distress call. The suspects have been on the radar of operatives of the command following the report of similar systematic robbery activities. They have been identified by previous victims and have made useful statements confessing to the crime.

They would soon be charged to court accordingly.

Rio 2016; Nigerian Dream Team All Set For Brazil After Their Delay In Atlanta. Photos..