Shocking images have emerged of a woman taking a man for a walk on a dog leash across a road in China. The pair were spotted on September 9 in Fuzhou, China’s Fujian province. Police had to be called to deal with the issue as the pair were holding up traffic and causing traffic jams. 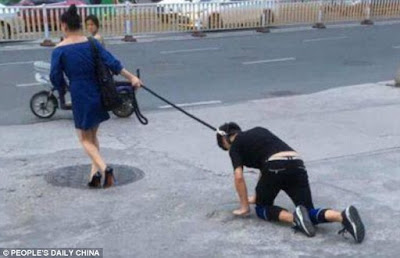 According to reports, the woman was spotted walking with the man on a leash. He was crawling on the floor like a dog. The woman was then spotted patting the man on his head. The pair caused traffic jams in the city and police had to be called in. They managed to persuade her to untie the rope and free the man. 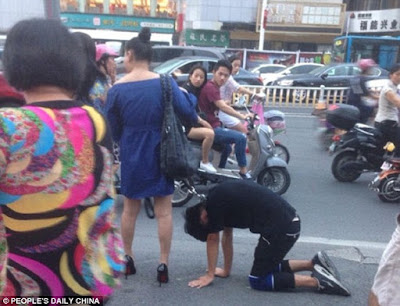 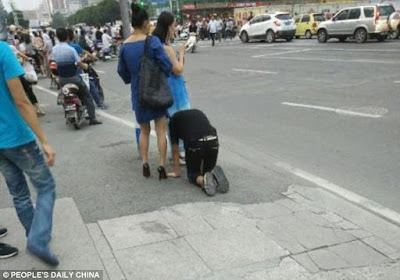 See What A Jealous Girl Did After Her Boyfriend Allegedly Slept With Another Lady. Photos