The world’s most expensive player Paul Pogba coped with the British heatwave by heading to an ice cream parlour on his day off. The Frenchman, who returned to Manchester United for a world record £100million this summer, shared a picture after getting behind the counter to serve up tubs of ice cream to unsuspecting customers. 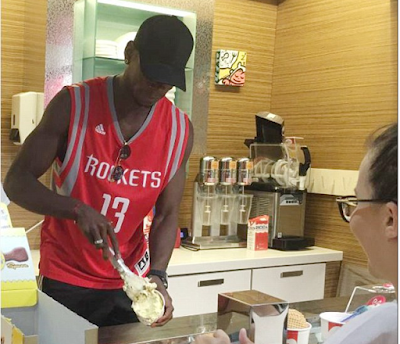 The picture of Pogba, wearing a Houston Rockets basketball vest and black cap, was accompanied by the caption: ‘day-off ice cream anyone? #favoritefood #icecreamman’. Pogba was suspended from making his return debut in United’s opening 3-1 Premier League victory against Bournemouth on Sunday after picking up bookings in the latter stages of last season’s Coppa Italia. Pogba, who played his last competitive game for losers France in the Euro 2016 final, is expected to take his bow against Southampton on Friday night. 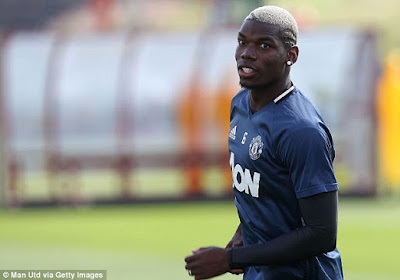 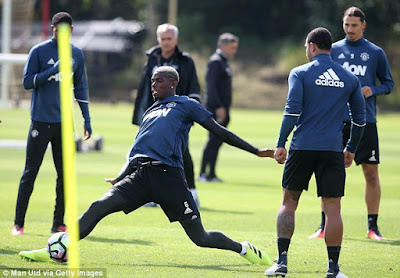 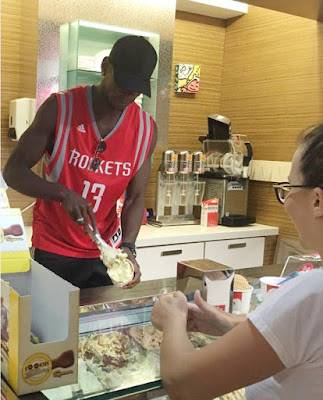 2 Men Strip Off Their Clothes To Help A Woman Walking Unclad On A Busy Street In China. Photos