The Federal Government is making a comprehensive arrangement to respond to the attacks on oil installations in the Niger Delta region through the importation of sophisticated military hardware.

A top military source said on Saturday that the Defence authorities had completed arrangements to bring in latest Unmanned Aerial Vehicles to boost the planned military operation in the oil-rich region. It was gathered that the Federal Government has ordered for the Yahbon/20UAVs from Dubai, the United Arab Emirates. It was further learnt that the Yahbon/20UAVs were being procured to replace the Chinese CH-3A UAV in the arsenal of the military. It was stated that the military would rely heavily on the Yahbon/20 UAV which carries four missiles on its wings for the success of the planned operation. Investigation revealed that some of the new UAVs are billed to arrive the country November, 2016 while the others are expected next year. It was further learnt that the Federal Government is also purchasing MI35M helicopters from Russia to prepare the Nigerian Air Force to monitor and combat those behind the destruction of oil and gas installations in the Niger Delta. The MI35M is the latest and more sophisticated version of the MI35 which is one of the attack helicopters of the NAF. 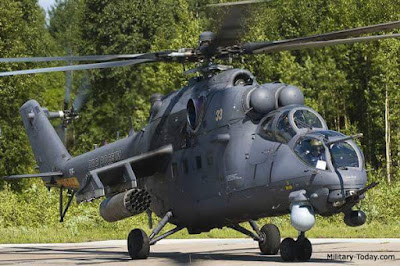 “Being A Big Man Does Not Stop You From Going To The Kitchen”.. Photo

Edo Pensioners Take To The Streets To Protest Over Unpaid Entitlements. Photos