Two couples who went home with the wrong babies after a hospital mix up have admitted to mixed emotions after being reunited with their own children. The two mothers gave birth at the Kamla Nehru Hospital, in the city of Shimla in northern India’s Himachal Pradesh state, five months ago. 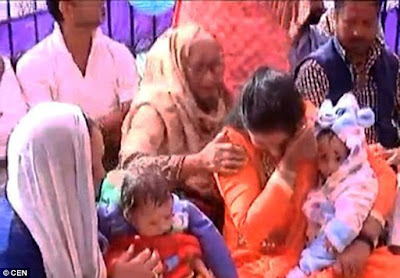 Both sets of parents – who share the surname Thakur – said they were overjoyed to have their own baby back but sad to be giving away the child they had been raising as their own. Incredibly, hospital staff managed to mix up the two babies despite the fact that one of them was a boy and the other a girl. The schoolteacher lodged a complaint after the hospital congratulated his wife, Sheetal, on giving birth to a baby boy but then later handed her a girl. They confronted hospital staff straight away but were told the baby had not been swapped. Anil Thakur’s original complaint led to a police investigation and a DNA test which confirmed the parents’ suspicions that they had been given the wrong babies. The case eventually went all the way to the Himachal Pradesh High Court which ruled that the couples should swap babies so that both had their biological children.Police described the incident as an ‘isolated and accidental case’ and have arrested two people, staff nurse Pushpa Devi and midwife Rupa Devi. 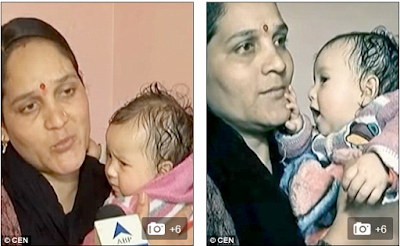 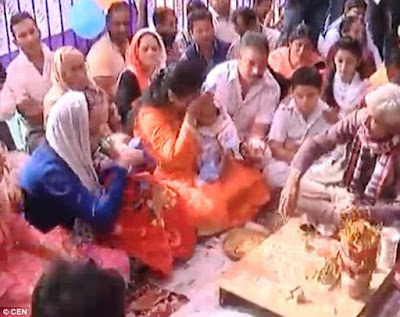 Paralympian Who Smashed A World Record In Brazil Rewarded By Enugu Governor. Photos