The Senate on Tuesday began the screening of the 47 ambassadorial nominees sent to it by President Muhammadu Buhari for legislative approval. Buhari had on June 9 sent to the Senate 47 names of Nigerians to be screened and confirmed as career diplomats. 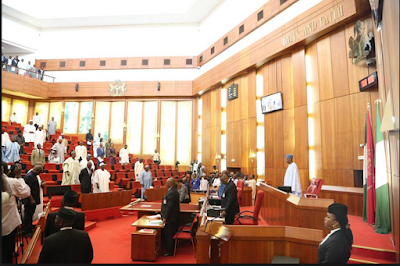 There was, however, drama during the exercise as some of the nominees, who were drilled by members of the Senate Committee on Foreign Affairs chaired by Senator Monsurat Sunmonu, could not recite the national anthem and the national pledge smoothly. The nominees were asked questions ranging from diplomatic issues to the names of the senators representing their states, their geopolitical zones and the states in them, how many local government areas in their states, how many lawmakers in the Senate, among others. While some of them stuttered while reciting either the anthem or the pledge, others missed their lines in the process.

Usain Bolt Announces His Arrival As He Lands In Rio For 2016 Olympics. Photos