The mother of twins who were successfully separated in a 27-hour surgery last week was able to hold one of her sons for the first time on Sunday. In an emotional post on Facebook, Nicole McDonald described how it was always her goal to be able to rock her 13-month-old son Jadon – something she could not do when her sons were conjoined at the head. 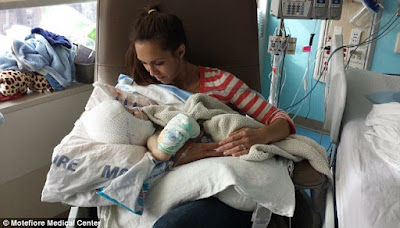 ‘For over 13 months, I’ve dreamed of this moment,’ Mrs McDOnald wrote. ‘I looked down at Jadon’s angelic face and saw him in a way I’d never seen him before. He whimpered for almost the whole two hours I held him because he had just been extubated, had the area under his scalp washed out and had been weaned from the good pain meds.

‘But instead of wrapping my body around him in his bed, I wrapped my arms around him and rocked. One of the most profound moments of my life.’

Mrs McDonald has not yet been able to hold her other son, Anias, because he has been slower to recover from the surgery and still has his breathing tube in. Doctors warned this might happen because Anias suffered breathing issues, seizures and heart problems even before the surgery. After the procedure, he continued to have seizures but doctors have put him on medication that has stopped those attacks since Wednesday. 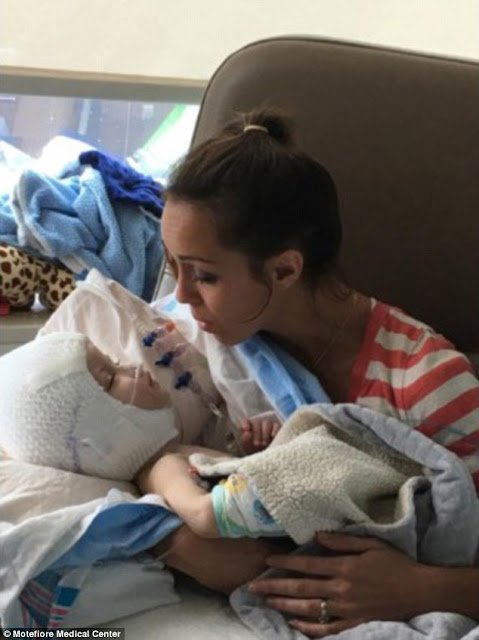 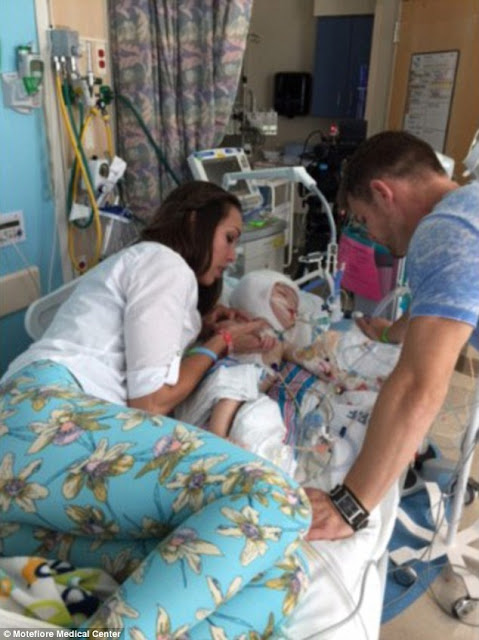 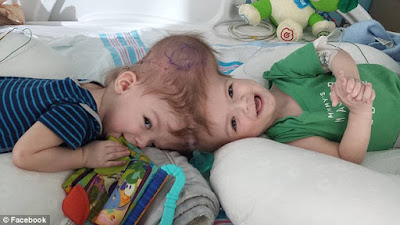 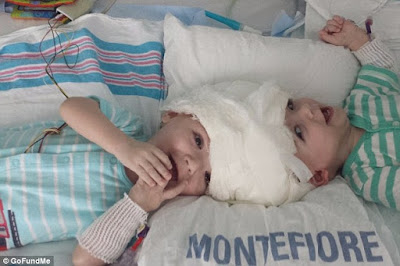 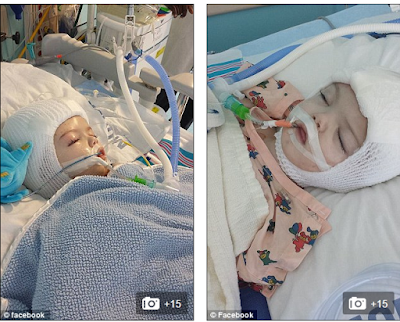 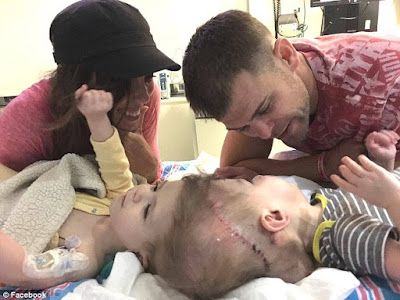 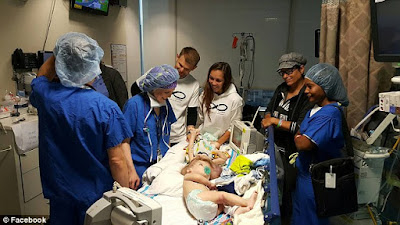 Could This Be The World's Youngest Looking And Most Beautiful Grandmother? See Photos