A very resourceful woman and her paralyzed husband have become a worthy charity case in China. The story of Liu Conghua and her husband Guo Jiayin is a sad one, and one that has seen an outpouring of sympathy for the couple in their adopted city of Hefei in east China. 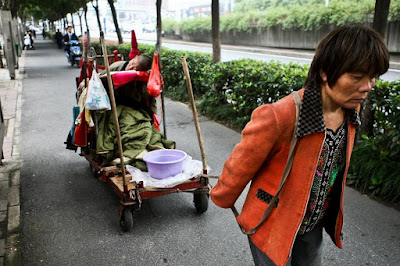 Guo has motor neuron disease. He was a famous carpenter back home in Shandong Province in his youth, but was left quadriplegic after a fall. Liu has been seeking treatment for Guo across China since 2006, a quest which has put the family deep in debt. In order to raise medical fees, they had no choice but to start begging on the streets. The able-bodied Liu pushes her paralyzed husband around on a self-made handcart with all their belongings. The improvised vehicle was designed by Guo, but Liu had to teach herself welding to construct it from material picked up on their tramping around Hefei. Liu and Guo have quite a reputation in the area, which helps explain why they have not moved to bigger, wealthier cities to beg. “The further away from home we get, the fewer people know us,” said Liu. Many locals in Hefei bring the couple clothes, food and water. A local clinic has also provided free treatment for Guo, helping him regain some feeling in his feet. And with winter around the corner, the local media has set up a hotline for people to call and pledge help or donations for the couple. 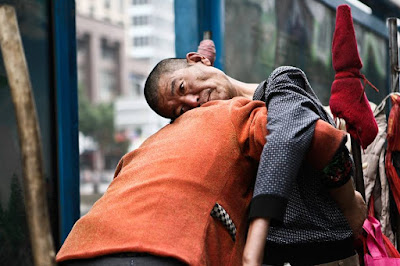 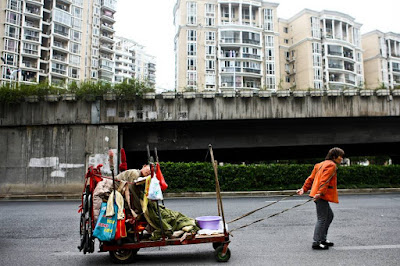 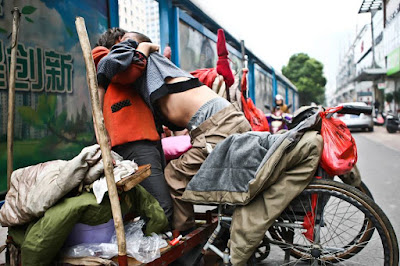