According to Sahara Reporters, National Assembly staff were seen sealing off Senator Abdulmumin Jibrin’s office following his suspension. The House of Representatives on Wednesday suspended Jibrin, a lawmaker from Kano at the centre of the unfolding budget padding scandal, for 180 legislative days. The House seats three days in a week and this consequently means that Mr. Jibrin’s suspension would last more than a year. 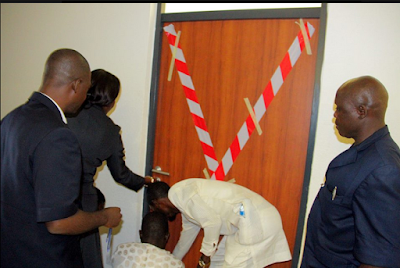 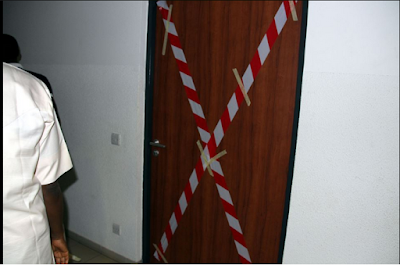 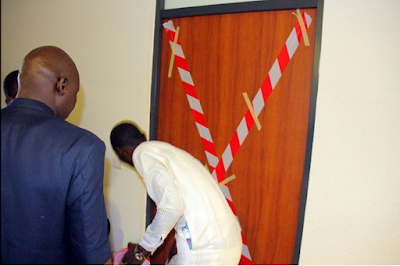 Children Of Boko Haram Fighters Isolated From Others At Borno IDP Camp. Photos

Rio Olympics; See How Excited A Foreign Official Was When He Met Mikel Obi. Photos