One of Italy’s most-wanted fugitive mob bosses was arrested after five years on the run on Wednesday, when police found him hiding behind a wardrobe in a home bunker built between the bathroom and his son’s bedroom. 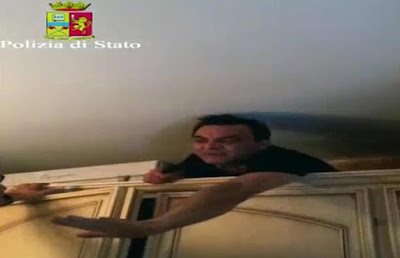 Antonio Pelle, 54, crawled out of his hiding place on his stomach to the top of a wardrobe that had shielded the bunker at his home in southern Reggio Calabria.

After being coaxed down from the wardrobe, he stepped onto a waiting ladder and into the arms of the officers before being patted down for weapons.

Pelle, known as ‘Mamma,’ was serving a 20-year prison sentence for mafia association, arms and drug trafficking when he slipped out of a hospital in the town of Locri in September 2011. He had been taken to the hospital to be treated for anorexia, Italian news reports said. Pelle, who was on the Interior Ministry’s list of most dangerous mob fugitives, is considered the boss of the Pelle-Romeo clan of San Luca, in Italy’s southern Calabria region. 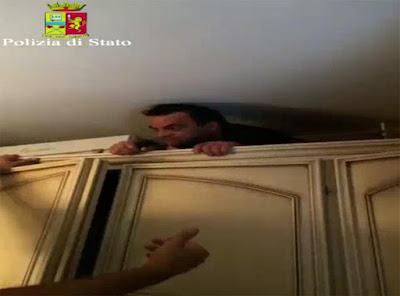 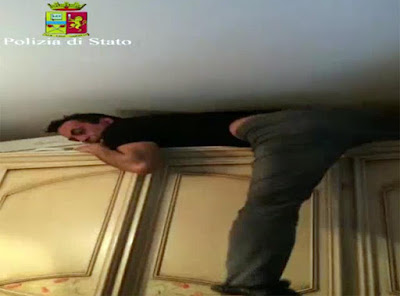 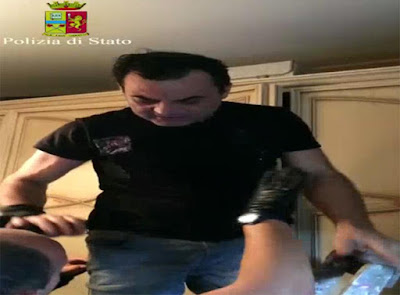