This is the bizarre moment a self-proclaimed black magic practitioner called Disco Baba performed a dance for astonished police officers. Disco Baba was one of 16 supposed black magicians arrested for extorting money from people in the city of Hyderabad in India. 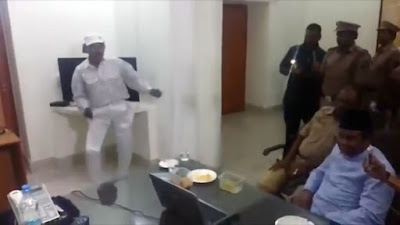 Police say they were extracting money from innocent people in the Old City of Hyderabad by claiming to have extraordinary powers. Disco Baba, also known as Anwarullah Khan, was taken to Santosh Nagar police station where he performed his dance in front of officers prompting some to burst out laughing. Police say Khan and the other alleged black magicians face charges under India’s Drugs and Magic Remedies Act 1954. The police investigation continues. 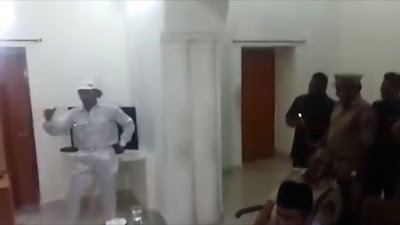 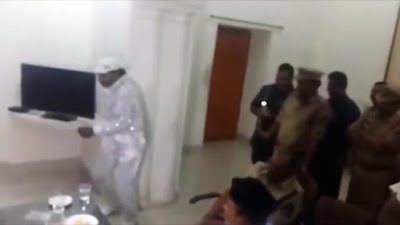 President Buhari Receives Delegates From Islamic Republic Of Iran At The Villa. Photos