A nine-year-old boy whose lips were torn off during an attack by chimpanzees in his native Democratic Republic of Congo has made great progress since undergoing a rare double-lip reconstruction at a New York hospital. 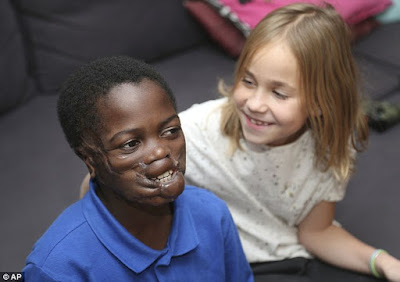 Dunia Sibomana underwent the first of several required surgeries on January 11 this year. Now he is marveling doctors with his resiliency, a year after he was brought to New York. His current host father, Kim Chaix, says Dunia was shy and withdrawn when he arrived, but today the native Swahili speaker is flourishing socially. New photos show Dunia happily playing with his host sister Annabelle Chaix, 9, at their house in Brooklyn. The chimpanzee attack, which happened while Dunia was playing near a river, killed his younger brother and cousin over two years ago and Dunia had become the target of bullies in his home country. Since arriving in America, Dunia has experienced a number of firsts, including playing in the snow, visiting the ocean, celebrating Christmas and learning to ride a bicycle. Although the most difficult part of Dunia’s surgery is behind him, he still requires additional follow-up surgeries. 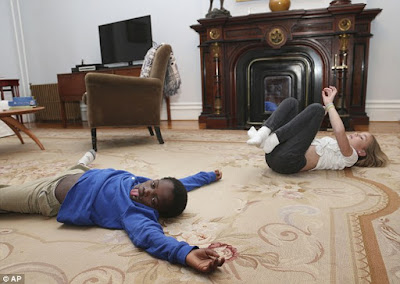 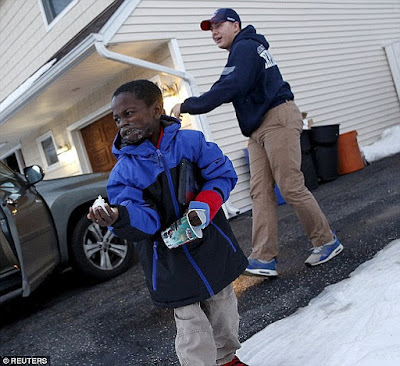 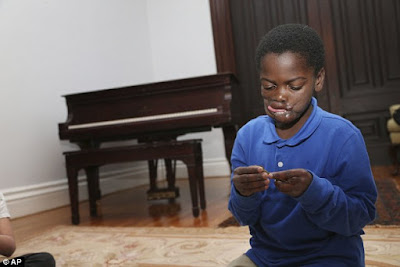 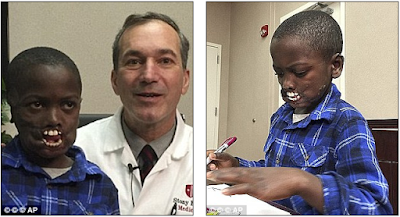