A man brought over 100,000 coins to buy SUV in central China’s Henan province on November 24. The man who owns a flour shop in Zhengzhou city in Henan province said he accumulated the coins without realizing there would be problem to change them into notes. He tried to contact local bank for changing the coins to notes but was refused. 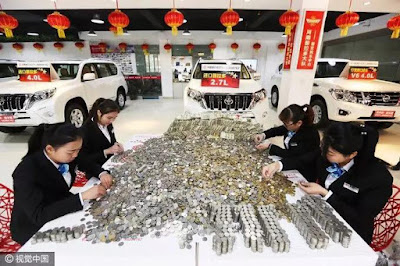 He then brought the coins to the car store and asked if he could pay the car using coins. The sales staff agreed and was later appalled by the amount of coins the man brought. It took four sales staff a total of 12 hours to finish counting. 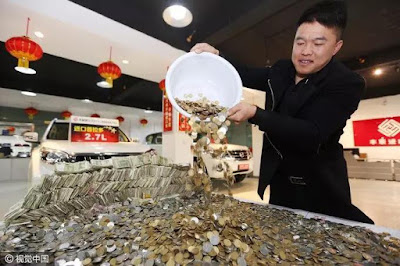 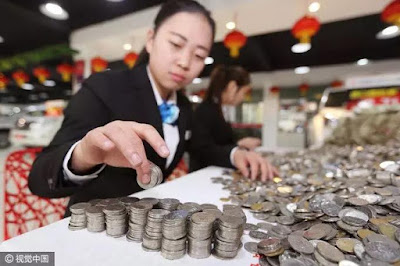 The Moment A Syrian Boy Was Found Alive Under Rubble After Air Strikes.. Photos

Another Militants Kingpin Apprehended By Soldiers In Calabar. Photos