A man in China was swallowed by a giant sinkhole that opened up in his bedroom last week. The man was preparing to eat dinner when he was suddenly sucked into the 10-foot-deep hole at his family’s home in Xi’an, north-west China’s Shaanxi province, on September 1. 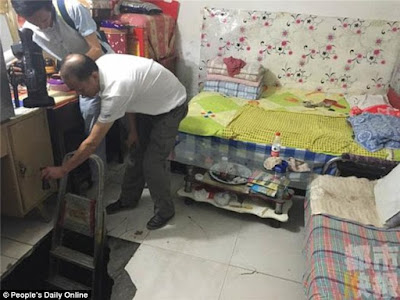 He was rescued by family members who managed to pull him out from the hole.. The man, who stands six feet tall, was admitted to hospital after several of the tiles cut his waist. 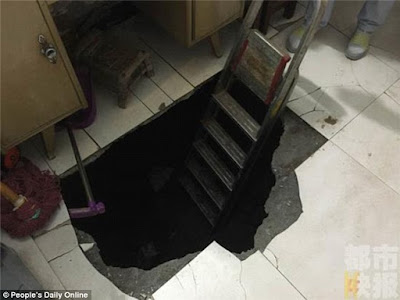 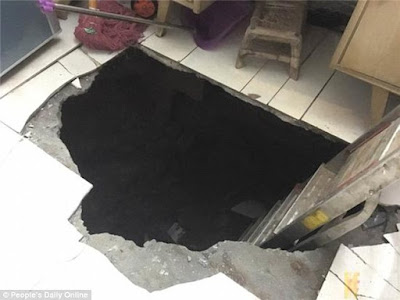 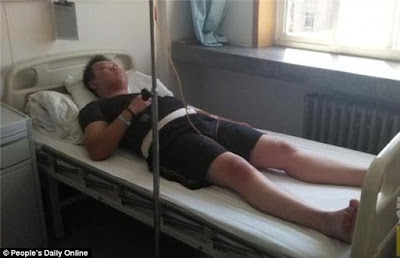 Car Lands In A Ditch After A Ghastly Accident At Ajah Area Of Lagos. Photos

This Young Man Has Been Declared Missing In Kwara State. Photo