Jaideep Jadhav, 30, a mountaineer and pharma marketer, and his bride Reshma Patil, married in this unique fashion on Sunday in the Western Ghats in India. 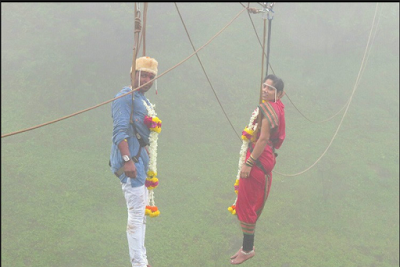 In order to create awareness about adventure sports, the courageous couple decided to make their marriage a live example, said their mentor Vinod Kamboj, President of Western Mountain Sports, Kolhapur, who organised the wedding. The “arranged marriage” of Jaideep-Reshma was literally taken to a different level — and the wedding ceremony was performed mid-air in the valley between the 3,000-feet tall peaks of Vishalgadh and Panhala, around 15 km from the base village Bhattali on Sunday morning. A third critical ‘hanger-on’, in the form of 35-year-old professional priest Suraj Dholi was close at hand mid-air for the ceremony witnessed by over 1,200 people, including some 1,000 villagers and the rest comprising relatives and invitees from both sides. Jadhav and Reshma were both attired in traditional Maharashtrian wedding dress, and tied onto tough, double nylon-fibre ropes, with supports. The entire process — from the time they were tied to the ropes, went through the wedding rituals mid-air and alighted — took around 40 minutes, Kamboj told IANS. 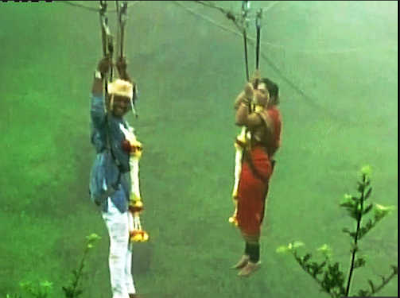 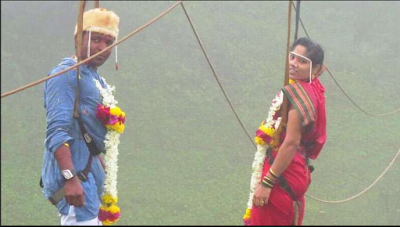 Teacher Who Got Impregnated By A 13-Year-Old Pupil Sentenced To Jail. Photos

What A Coincidence! Bride Sees Her Mom In Groom's Photo Taken 16 Years Ago. Photos