Cristiano Ronaldo was fuming after being substituted by Zinedine Zidane during Real Madrid’s draw at Las Palmas. The two-time FIFA world player of the year was surprised to be hooked in the 72nd minute on Saturday night – the first time in his seven-year career he had been taken off in a tactical switch. Zidane offered his hand to Ronaldo as he trudged off the pitch, which the Portugal forward acknowledged without making eye contact with the Real coach. And the decision backfired as former Barcelona B striker Sergio Araujo scored a late equaliser to force a 2-2 draw. 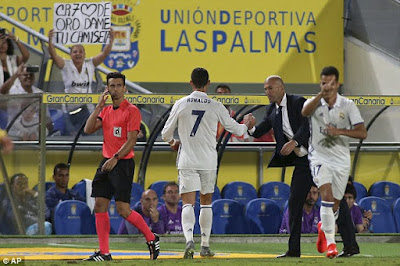 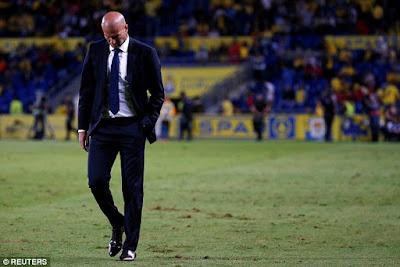 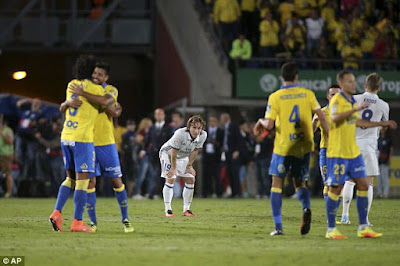 “She Blocked Me On Twitter After I Tried To Get Her Attention, Now I Am Married To Her Sister”- Man Reveals