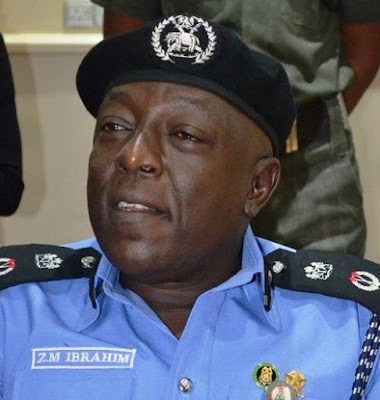 The suspected kidnappers, SaharaReporters learnt, are Corporals Musa Edon and Idide Oreva. They were said to have been arrested on a tip-off by a special team of the Delta State House of Assembly Anti-kidnapping Committee, which is made up of Messrs. Austine Opumbor, Mabiaku Ommassan,. Abraham Obarume and Tony Edafiogho, at the Okpara Waterside in Ethiope East Local Government Area of the State. Other members of the gang, however, escaped.

Narrating how policemen were arrested, Mr. Edafiogho, a member of the anti-kidnapping committee, said he and members of his committee got the news of the victim’s kidnap and immediately mobilized their men to rescue him. It was in the process, he explained, that the two policemen were arrested, following spirited efforts. A source told SaharaReporters that the policemen were shooting into the air, but unknown to them, a motorcyclist who heard the gunshots from a distance, traced and later gave them out. The source added that the two mobile policemen were among five officers assigned to a checkpoint in Abraka, where they were allegedly extorting money from motorists. But while, parading other suspected kidnappers, cultists and armed robbers at the Police Command Headquarters on Tuesday, it was observed that the two arrested Mobile Policemen had been set free by the Mr. Zanna. A police source, who confided in SaharaReporters, disclosed that it is the practice of the command that whenever its officers are arrested for any crime, they are released and warned not to repeat the crime. “This is not the first time our colleagues have been set free. The command will only come tell the public that they will face an orderly room trial. That is the end and are set free.” the source said. The acting Delta State Police Command spokesperson, Mr. Andy Aniamaka, initially confirmed to journalists that the arrested policemen were in detention at the Command Headquarters in Asaba, while the other members of the gang are at large.

But when contacted shortly after the parade of other criminal suspects, the Public Relations Officer of the Delta State, Mrs. Celestina Kalu, confirmed the release of the two mobile policemen, but could not coherently explain what led to their unconditional release when asked.

See What This Young Man Did After Escaping Fatal Fuel Tanker Explosion. Photos

Woman Strips And Begs Man For S*x In A Busy Street After Getting Drunk. See Photos