Njideka Akunyili Crosby, daughter of late Dora Akunyili, is making name for herself abroad. The young artist based in Los Angeles, is currently the talk of the art world. Dozens of wealthy collectors want to buy her latest works, yet none is for sale—at least, not to private individuals. 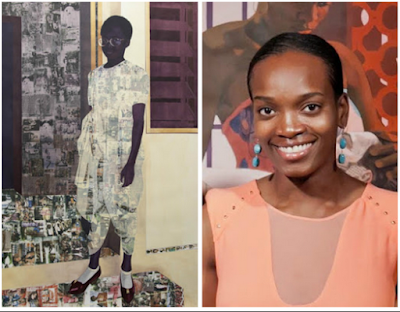 Ms Crosby’s first European solo show will open at the Victoria Miro Gallery in London on October 4th, the week that Frieze Art Fair starts. Now 33, she moved from Nigeria to America at the age of 16. Her “Afropolitan” identity has forged a highly distinctive visual style. She works mostly on paper, creating large-scale interiors that combine serene human figures with dense areas of collage and image-transfer that subversively evoke her Nigerian heritage. “Her paintings have a distinct vocabulary,” says Glenn Scott Wright, a director at Victoria Miro, which represents Ms Crosby. “You can go around an art fair with 10,000 works and you would know hers immediately.” 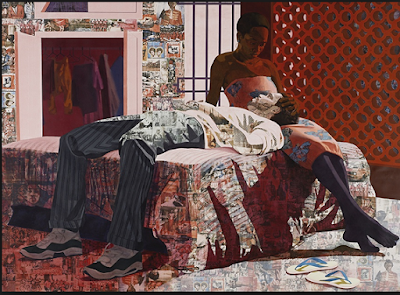 Meanwhile, the waiting list of museums has risen to 18. For all Victoria Miro’s attempts to keep the stopper in, though, the resale market for Ms Crosby’s work may be about to be released from the bottle. On September 29th, at Sotheby’s, a private New York collector is selling “Untitled”, her painting from 2011, at an estimated price of $18,000-$25,000.

Checkout This Latest Keke Napep Which Is Fully Air Conditioned….Photos