The Economic and Financial Crimes Commission, EFCC, on Tuesday, November 8, 2016 arraigned one Abel Ovie-Sarki alongside Shelter Place Limited before Justice M. M. Kolo of the FCT High Court sitting in Wuse Zone II, Abuja on a 5-count charge of forgery and obtaining by false pretence to the tune of N32million. 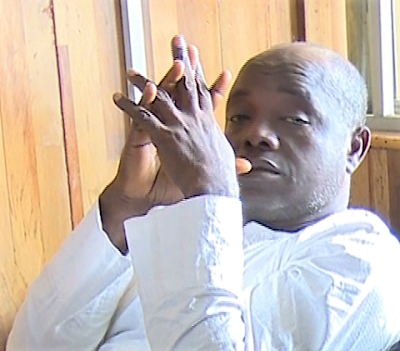 Ovie-Sarki who is also a principal partner of Shelter Place Limited, was arrested following a petition by Bayero University, Kano, owner of a property located at No. 23 Agadez Crescent, Wuse II, Abuja. The said property was leased through its property manager, Shelter Place Limited to ECOWAS Community Court of Justice on December 1, 2007 at the rate of N6million per annum for five years totaling N30million. The complainant alleged that the defendant altered the tenancy agreement and fraudulently reviewed the rent upward to N10million per annum to give a total of N50million for same period. However, the bubble burst when the university management wrote to the property managers of its decision to increase the rent from N6million per annum to N12million which was communicated to the tenant. According to the complainant, the property managers again unilaterally reviewed the rent to N20million per annum with 10% agency fee without remitting what was due to the university authority. One of the counts reads: “That you Abel Ovie-Sarki being principal partner of Shelter Place Limited and Shelter Place Limited, a Limited Liability company while acting as managers/agents to Bayero University sometime between 2012 and 2014 in Abuja within the Abuja Judicial Division of the High Court of the Federal Capital Territory did commit criminal breach of trust by dishonestly converting the sum of about N32,000,000 paid to Bayero University as rent by ECOWAS Community Court of Justice and thereby committed an offence punishable under Section 311 of the Penal Code”. 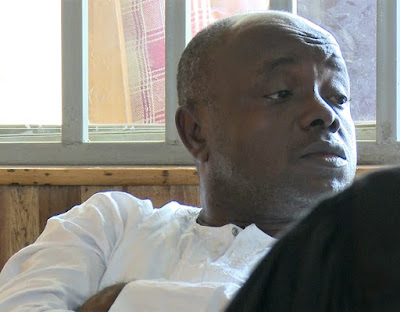 The defendant pleaded not guilty when the charges were read to him. In view of his plea, counsel to EFCC, J. A. Ojogbane asked the court for a date to commence trial. However, counsel to the defence, C. K. Agu, holding the brief of Esume Felix Dumebi, stated that he had a pending bail application and prayed the court to allow him move same to which he was obliged. Moving the bail motion, Agu said that his application was brought pursuant to Section 158 & 152 of the Administration of Criminal Justice Act, ACJA and Section 35 & 36 (5) of the 1999 Constitution. “My Lord, the defendant has been on administrative bail and he has never failed to report to the EFCC anytime he is needed. He is also a family man with lots of dependants. We pray that the bail conditions will be liberal as the offence is bailable”, Agu pleaded. Responding, Ojogbane countered the application saying, “we agree that bail is a constitutional right of the defendant, but we urge the court to consider the prevalence of this offence in our environment in granting the defendant bail. I, therefore pray the court to use its discretion to grant the defendant bail with such conditions that will guarantee his attendance to trial”.

Justice Kolo thereafter adjourned to November 14, 2016 for ruling on the bail application and ordered the accused person to be remanded in prison custody.

How Police Busted A Mother And Her Son For Stealing Baby In Imo State.. Photos