Professor Adebiyi Daramola, Vice Chancellor Federal University of Technology, Akure, Ondo State and the Bursar, Emmanuel Ademola Oresegun, are being quizzed at the Iyaganku office of the EFCC in Ibadan today 5th of October, 2016 in respect of an alleged case of Abuse of Office and misappropriation of funds reported against the duo. 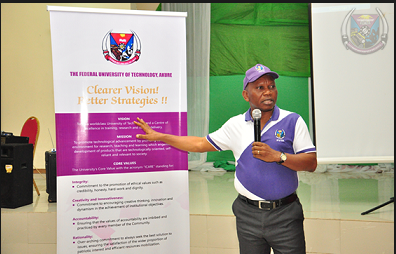 The petition further alleged that he diverted funds from various unrelated subheads to finance other projects without the appropriate approvals for such virement. They are still undergoing interrogation as at report time.

Lionel Messi Makes The Most The Vacation As He Takes His Family To The Movies. Photo