The Federal Road Safety Commission (FRSC) on Wednesday got the approval of the sum of 464 million naira from the Federal Executive Council (FEC) for the purchase of 67 vehicles. The purchase of the vehicles is expected to strengthen the commission’s capacity to carry out its responsibilities efficiently. 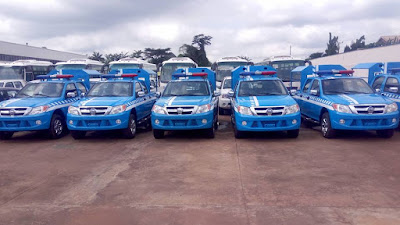 The Minister of Labour and Employment, Dr Chris Ngige, made this known while speaking to State House correspondents after the FEC meeting, which was presided over by Vice President Yemi Osinbajo. “The Federal Executive Council also, today, considered a memorandum for the purchase of some vehicles to strengthen the capacity of the Federal Road Safety Corp in the efficient performance of its functions. “The Federal Road Safety Corp, as you know, is mandated by the Act setting it up to maintain safety on our federal highways and in doing so, we needed to give them the tools for which they can perform these functions. “So, today Council approved that 40 double carrier vehicles be added to their fleets, and another 27 swift moving cars be added to their fleets too,” Nigige said. He also explained that the vehicles are to be sourced from local assembly plants in the country in line with the nation’s procurement and local content acts. 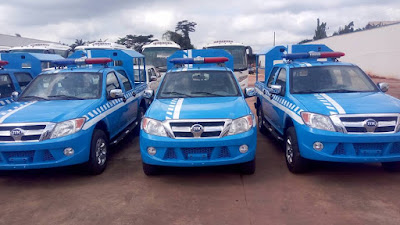 He stated that the local sourcing of vehicles was in line with the spirits of “Buy made in Nigeria goods’’, adding that the country would also conserve foreign exchange from the business deal. He said the 40 double carrier vehicles would be procured from the Innoson Group at the cost of 299.5 million naira while the other 27 cars would be bought from Peugeot Automobile company at the cost of 164.9 million naira. The minister disclosed that the council also stressed the need to reinvigorate FRSC by providing it with more ambulances and towing vans to facilitate its smooth operations. Ngige noted that his ministry briefed the council on Nigeria’s participation at the forum of African Growth and Opportunity Act (AGOA) In his contribution, the Minister of Budget and National Planning, Udoma Udo Udoma, said the council also reviewed the statistics on the performance of the economy as released by the National Bureau for Statistics.

He stated that the council noted that the result of the oil sector for the third quarter was slightly worse than the second quarter.