A Bangladeshi football fan who lost both his legs in a horror train accident has dreams of competing professionally like his idol Cristiano Ronaldo. Mohammad Abdullah, 22, from Dhaka, lost both his legs on a speeding train ten years ago. 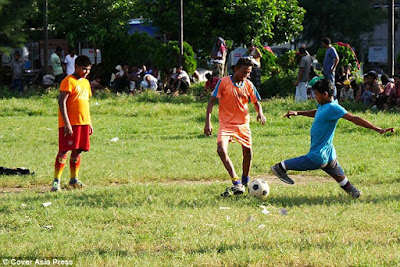 But now the young man, who also works as a luggage porter at a ferry station, is making a name for himself with his football skills. He said:

‘I never thought I’d be able to walk, never mind play football.’When I was bound to that wheelchair I feared I might have to spend the rest of my life trapped. ‘But eventually I decided to try and do without it. I was determined to be independent so I began trying to walk. ‘I was tired of seeing myself in that helpless condition. I faced difficulties initially but succeeded eventually. Now I can walk, work and play football like other people.’ 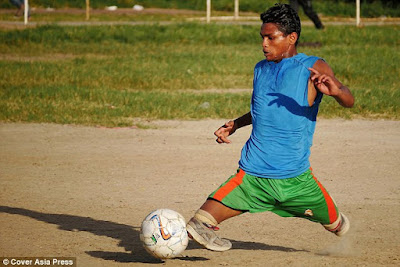 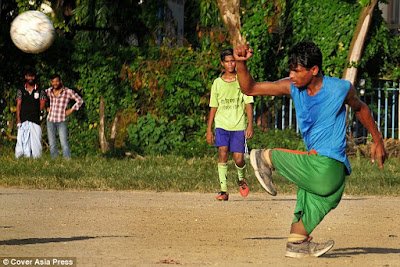 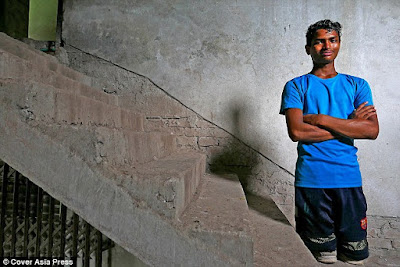 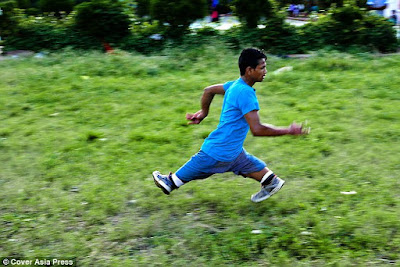 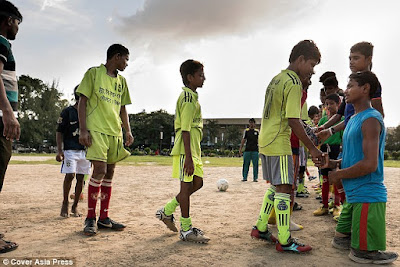 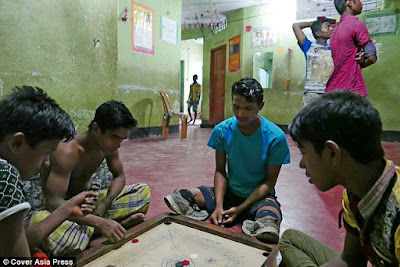