Officers of the Department of State Services (DSS) have raided two major Bureau de Change markets in Lagos and Abuja in a fresh attempt to end speculation in the foreign exchange transaction at the parallel market. 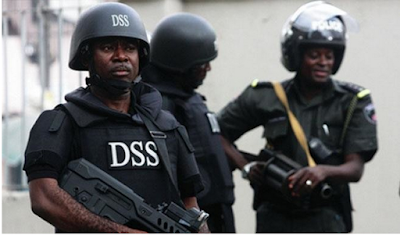 Sources at the market told Daily Trust that the DSS have earlier directed the officials of the BDCs association to peg the dollar at N400 while selling and N390 while buying from customers. Immediately after the directives, the DSS operatives commenced the enforcement of the order by arresting those erring members that sold the dollar above N400 and or bought above N390 a dollar. During the two-day operations, which took place between Tuesday and Wednesday, some traders were arrested. Sources said about five operators were arrested in Abuja and Lagos as at yesterday. When our reporter visited Zone 4, a cluster of BDC shops in Abuja, he noticed slow activities as both the traders and customers were jittery. A trader who pleaded for anonymity said it was difficult to see the dollar to buy or sell in the market because, nobody was willing to sell at the new rates by the DSS. He said when customers heard of the new rate of N390 a dollar they usually turned back. He said the best way out was for CBN to flood the market with enough forex, instead of using force to address the problem. When contacted, the spokesperson of the Central Bank of Nigeria, Mr Issac Okorafor, confirmed the activities of the DSS in the BDC market. He said most of the people arrested were unlicensed operators who were taking advantage of speculation to reap illegal money. He said though the CBN had no hand in the raid, it was a welcome development for the market.

Zlatan Ibrahimovic Arrives Sweden's Base Like A King Ahead Of Euro 2016. Photo