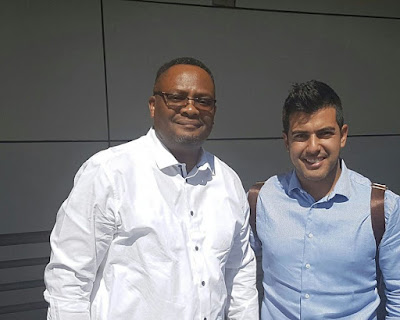 Ludovic Guily represented France at international level, gaining 17 caps over a five-year period and was a member of their 2003 FIFA Confederations Cup-winning squad. One of his greatest moments was being part of Barcelona’s squad, as he helped the team win the 2005-06 UEFA Champions League. Also expected on Friday is Eric Abidal arrives in Zambia on Friday. The now trio will be in the country to negotiate the trip due in December when Barcelona and Barcelona legends are expected to come to Zambia for friendly games and a visit to Tourism spots.