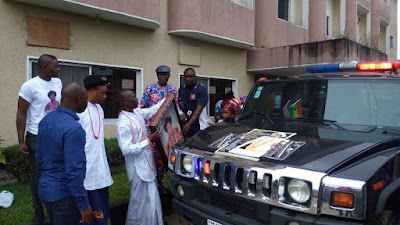 According to a report, the deceased, it was gathered, died in a boat mishap while on their way to Kurutie in Warri South West Local Government Area of Delta State for the funeral (see HERE). The victims were said to have hardly taken off from the Miller Waterside, Warri, on their way to the venue when the speedboat they boarded allegedly capsized. A source from a Gbaramatu community, while corroborating the incident to journalists, said: “We were already at the funeral celebrating Chief Thomas Ekpemupolo when we got news of the accident. “Initially, we were told only two persons had died. Further details later revealed that about four persons, three females including one Faith (surname withheld) from Ogulagha, another female from Kurutie and a man apparently from the Northern part of the country, lost their lives in the mishap. The Hausa man, I gathered, was actually not an invited dignitary, but someone who was conveying some wares to trade at the funeral ground.” It will be recalled that the funeral rites for late Chief Ekpemupolo began on Friday with the internment holding Sunday.

'We Will Field Robert Mugabe's Corpse For Election' — Says His Wife At A Rally..