A New York gang member and scammer was sentenced earlier this week, after he pled guilty to check fraud, reports state. Apparently, the man was so proud of his bank schemes, he tattooed the Bank of America logo on his arm. 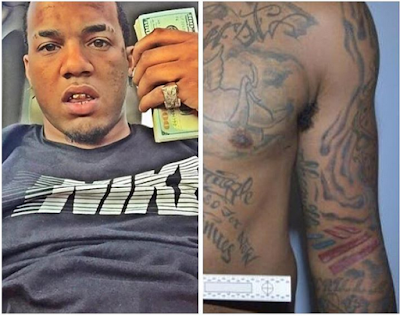 According to the Daily News, the man, who has been identified as 21-year-old Gabriel Patterson of the Eight Trey Crips, was so committed to bank fraud. So much so, he also tattooed, “commitment to crime as a way of life,” on his chest. Sources say, Federal prosecutors attached a photo of the tattoo to Patterson’s sentencing documents, to prove his dedication. Patterson’s scams included copying account and routing numbers off of checks and withdrawing cash against a fraudulent balance, reports state. Apparently, he was writing fake checks with the numbers he stole, depositing the checks and withdrawing the cash. According to court documents, Patterson learned the tricks from other members of the gang. As a result, Patterson and 23 other gang members got hit with a R.I.C.O (federal racketeering indictment). On Monday, the 21-year-old was sentenced to 33 months in prison. However, he has since apologized for his crimes in a letter to the Judge. “Being incarcerated in a 5-square-foot cell definitely shows me that I don’t want this for my future,” he wrote. 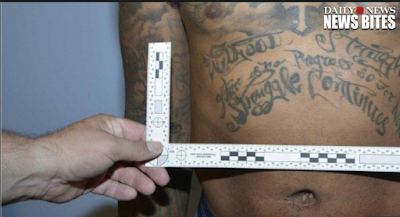 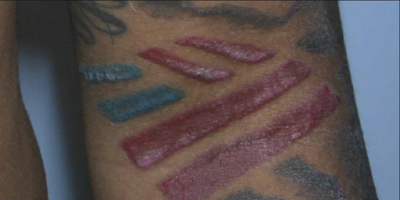 See How Governor Fayose Greeted The Ooni Of Ife At Abuja Airport..Photos