An Indian nursery worker Afsana Shaikh, was caught red handed by a CCTV camera in the nursery. It was the first day baby Ritisha had been at the centre, in Western India… After her parents picked her up they noticed bruising under her eye. They took her to hospital and the doctor said she had likely been beaten…. 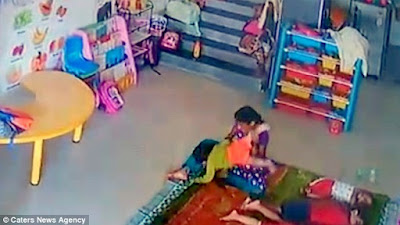 The couple soon discovered more bruises on her back including behind her ear. And then parents saw that Rishita had developed a fever and started vomiting. They took her to a doctor the next day and a hospital CT scan later revealed that she had a small fracture at the back of her skull, which had led to internal bleeding. The furious parents then went to the day care centre and demanded to see the CCTV footage, but the owner of the nursery, Priyanka Nikam, told them they needed to file a police complaint first. Kharghar police station officers were notified and the cops checked the CCTV footage before arresting both the carer and the centre’s owner, named as Priyanka Nikam in reports. 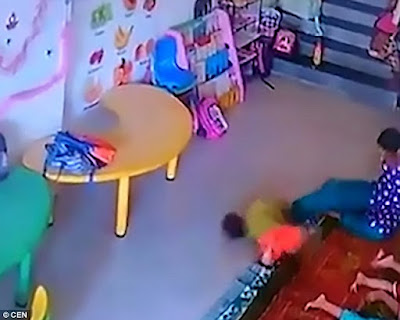 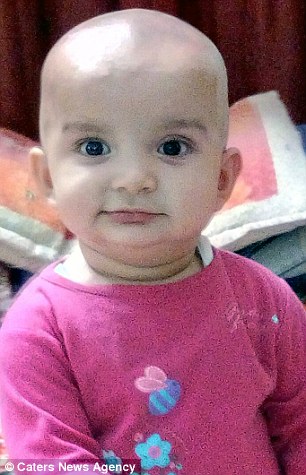 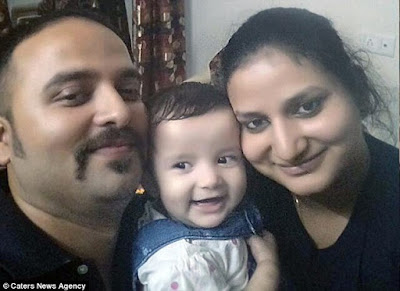 BREAKING: Buhari To Present 2017 Budget To National Assembly Next Week

“Being A Big Man Does Not Stop You From Going To The Kitchen”.. Photo