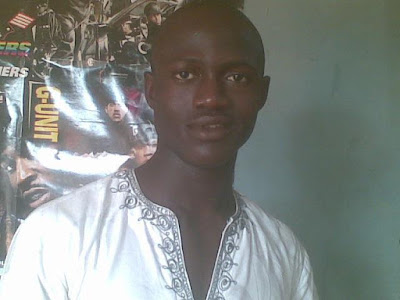 According to Olipede, his late son called him on phone and said some people came to the house and told him to leave the house as they had won a case in court against the FHA over the land. He said his son was asked by the thugs to accompany them to the office of one Opeyemi and that he agreed. “When they got to Opeyemi’s office, they met one Bayo Oladejo who has been terrorizing them in the estate and he told them that even though they won the case against FHA as they claimed, they did not show him any document to that effect and that they should tell him how much to pay for ratification. They said they would back on Saturday but Bayo Oladejo insisted that they should park out or he will kill him and his son. “I told them to tell me how much to pay for ratification since they are claiming to have won a case against the FHA who sold the land to us I did not argue with them” said Olipede. “At about 11pm on Wednesday, Bayo Oladejo led Pastor Anjorin, Shola Oyeloye a.k.a Sholebo, Bature, Kosoko Saheed and other thugs to Jamiu Olipede’s house. he was called out and shot but the bullet did not penetrate so they used cutlass to machete him severally and killed him on the spot,” he explained. One of the landlords of the estate, Mr. Akin John, who had been chased away from his house said when they first brought “one fake judgment and chased everyone out they were not allowed to take anything. The landlords went to the FHA and complained and the FHA took them to court and the thugs lost the case, yet they were not allowed to enter the estate despite the court’s judgment. “After some years, they went to the Federal High Court where they were given Court bailiff after the court has compelled the Inspector General of Police to effect the judgment before the thugs were chased away from the estate.” Another victim, Salami Ayodele said the thugs led by one Pastor Anjorin came to his house and ordered him to park out with the excuse that they had won a case against the FHA without showing him any evidence and that he refused to park. “Pastor Anjorin went ahead and remove the pumping machine in his compound and also disconnected the electricity supply to the house which made him to call the DPO of Alagbado Police station. The DPO ask them to come to his office and on getting there, Pastor Anjorin could not provide any court document which the DPO asked him to and bring.”

Nigerian Father Of Two Decided He Needed One More Child, Then This Happened. Photo