The Vice Principal of Lagos State Model College, Igbonla in Epe area of Lagos State, and four students of the school, were on Thursday morning kidnapped by gunmen. The Commissioner of Police in the state, Fatai Owoseni, confirmed the incident during his weekly press briefing in Lagos. 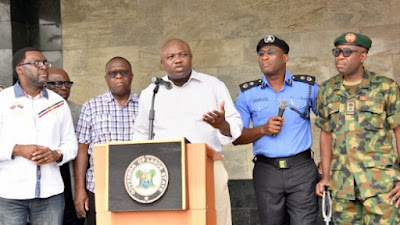 Mr. Owoseni, however, said that two of the students had been recovered.

“We received an unfortunate information this morning that four students and vice principal of Model College, Epe, were kidnapped at about 8 a.m.“The kidnappers went away with them in their speed boat. As soon as we got the information, crack detectives were sent there. We have been able to recover two of the students.

“The vice principal and two students are still with the kidnappers. Our men have begun searching for them. We are collaborating with the Navy to search the creeks and the waters. “By the Grace of God, they will be rescued soon,’’ Mr. Owoseni said.

The commissioner said about 1,500 police operatives had been deployed to 164 locations regarded as flash points in the state. He said the deployment was to ensure adequate security for the people of the state during the forthcoming yuletide and after. “These flash points will be policed on a 24-hour basis, starting from now on. “Members of the public are to assist in giving timely information about any suspect,’’ he said. The News Agency of Nigeria (NAN) reports that 25 suspects, who were arrested for alleged various crimes in the last one week in the state, were presented to journalists.