Four people have been caught at customs in south China while attempting to smuggle rare shellfish products from Vietnam. Two of the suspects are Vietnamese, said an official with the customs of Pingxiang, Guangxi Zhuang Autonomous Region, on Saturday. 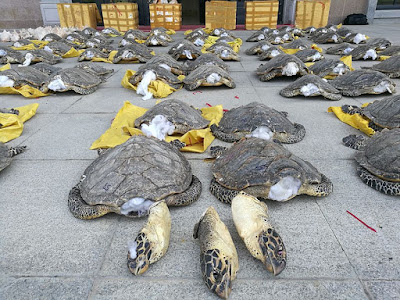 Customs seized 17 tonnes of tridacna, a large saltwater clam, and its products, 109 tortoise shell products and 1,110 Horned Helmet (Cassis cornuta) shells. Tridacna is a class A protected species in China while the rest are on the class B protected list. The products were found on Oct. 31, as a van was passing the customs. The freight was declared as shells, but customs officers found the vehicle suspicious. After a search, they found the rare shellfish. Customers officers checked and traced other cargo vehicles carrying “shells”, and stopped four more vans from entering the country. “This is the first time that our customs seized rare animal products from cargo vehicles in such a large amount,” said Wang Jun, vice director with the customs of Pingxiang. The case is still under investigation. 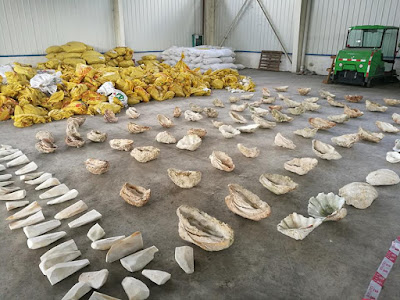 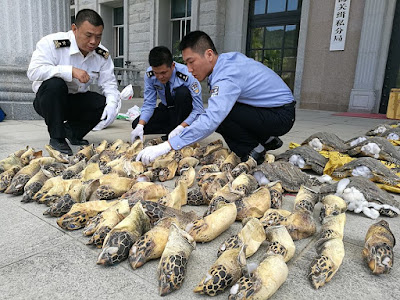 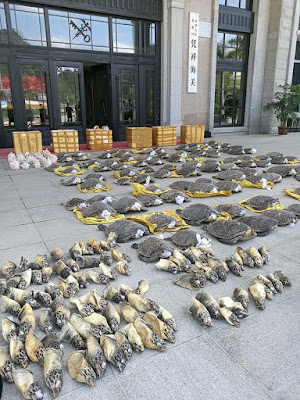