China’s first “sky train” was put into trial operation on Monday in the southwestern city of Chengdu. China follows Japan and Germany to be the third country in the world to develop such technology. 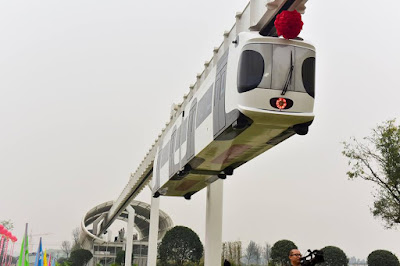 Located in Sichuan Province, Chengdu’s rugged landscape has given rise to the innovation of many different transport solutions. The sky train, which is attached to its rail on the top, finished its first test run in September and from Monday was officially put on trial. Chief designer of the project, Zhai Wanming, estimated that the cost of the Sky Train would be between 12.5% and 20% of that of an underground metro line. The speed of the sky train is up to 60 kilometers per hour, and can hold over 100 passengers in each of its two cabins. It is also powered by lithium batteries, a new energy resource. They are also said to be cheaper and easier to build than underground metro systems. Assuming a successful trial run, sky trains are expected to be rolled out in other sightseeing spots across China next year. 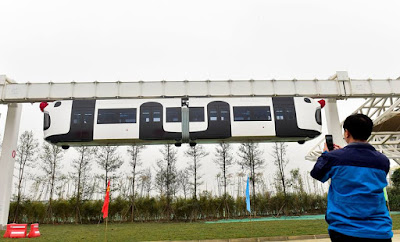 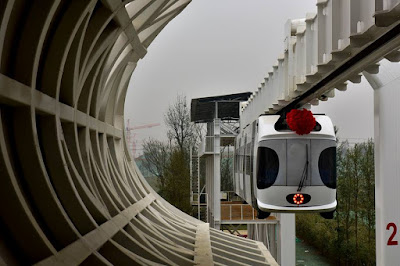 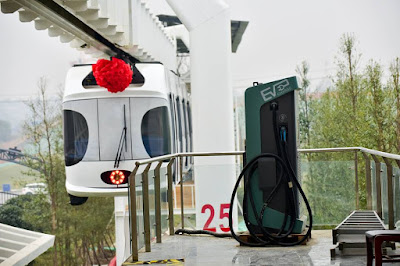