While prophet T.B Joshua is being trolled online after his prediction on the winner of the US presidential election backfired, his followers are still solidly behind -saying that one failed prophecy can’t change their faith in him. 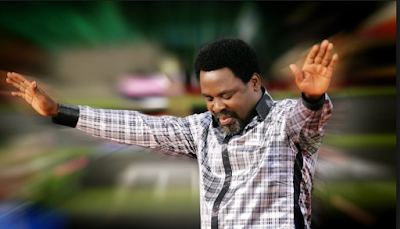 Despite a widely predicted Hillary Clinton win, the results have been announced and Donald Trump has been elected the next U.S President. See what his followers are saying on the church’s Facebook page; 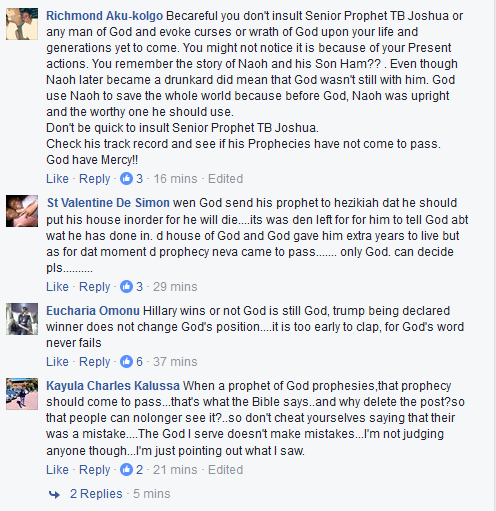 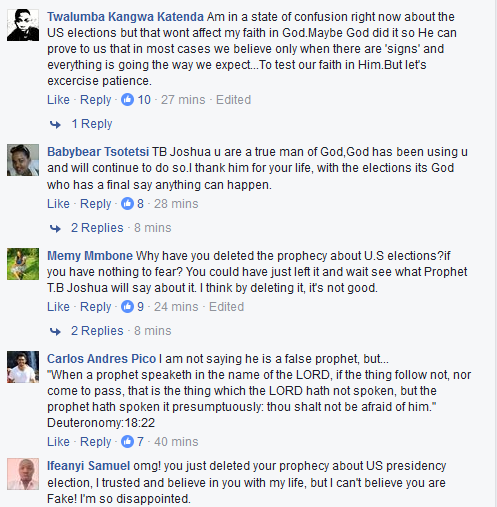 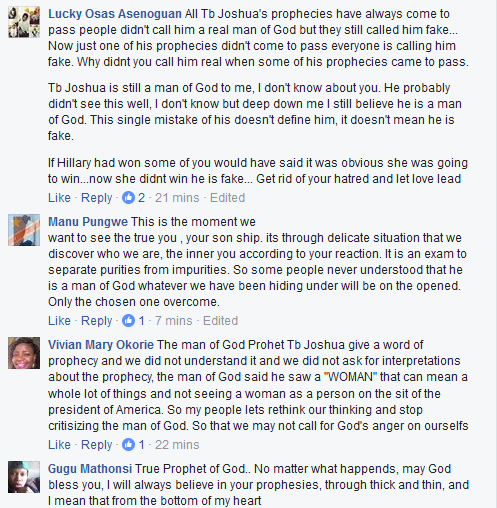 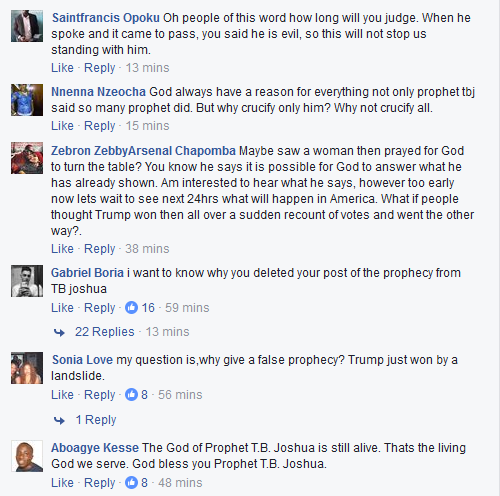 This 41-Yr-Old Woman Might Be The Most Incredible Athlete At The ‪Rio 2016 Olympics. Photos‬

Iranian Husband 'Stabs His Wife To Death For Converting To Christianity'. Photos

“I Am Not Planning To Take Over The Presidency” — Bukola Saraki