A group of internet fraudsters a.k.a Ghana Burgers were apprehended by policemen at Koko Junction in Delta State.. According to the evidences found on them and their confessions, they went to Oyo State for rituals. 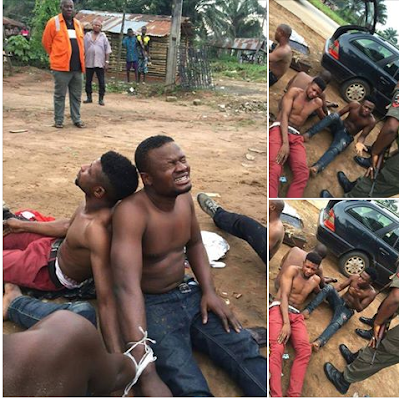 Read below what was shared by Ossai Ovie Success

Mobile police apprehend some group of Ghana Burgers at Koko Junction. According to the visuals and photo of evidence we find out that these guys according to their confession went to Oyo State for rituals. They used two Ecolax buses and boarded the vehicle from Benin and asked the driver to move straight to Sapele. One of the culprits said his name is Simeon and he stay at Uruhakpa and Otefe Poly student. According to their own confession after police interrogations, they said they went for rituals at Oyo State. The two Ecolax buses contain the following items. 1. Four used girls pants. 2. Old mat 3. Used girls wig 4. Used girls brassier And other concoction items. 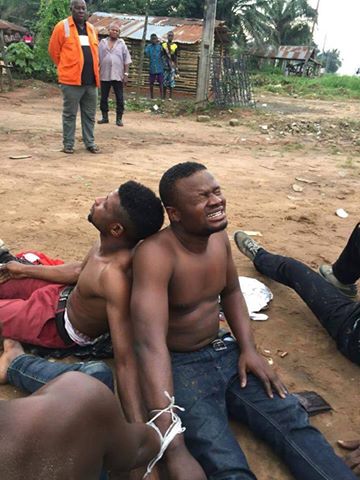 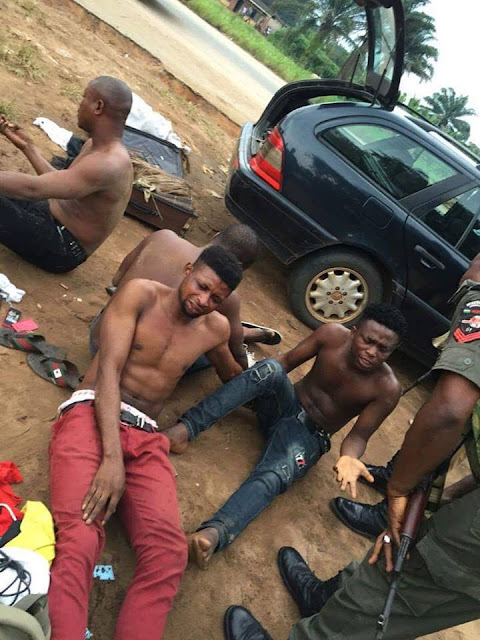 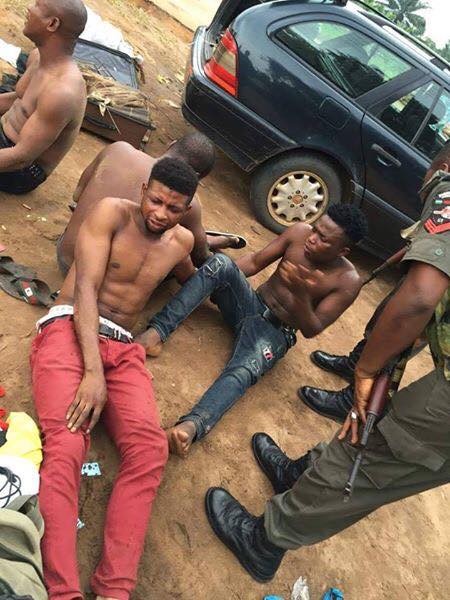