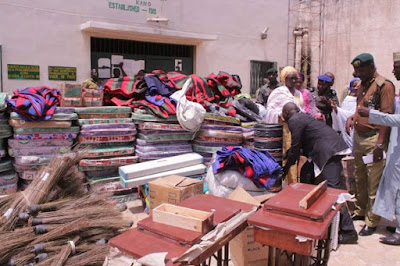 Others are 10 cartoons of toilet and laundry soaps, 10 cartoons of sanitary pads, 10 dozens of plastic buckets and 10 cartoons of germicide. Presenting the donation to the Deputy Comptroller Kano, Nigeria Prison Service, Kano State Command, Auwalu Umar Diso at Kano Central Prison, on Tuesday, the state Commissioner of Women Affairs and Social Development, Barr. Zubaida Damakka Abubakar explained that the donation was meant to alleviate the plight of the convicts. According to the Commissioner, “the gesture is in addition to the regular assistance from government aimed at improving the living conditions of female inmates of prisons so that they can serve their respective jail terms under an environment that would help in assuring their eventual moral reform”. Barr. Abubakar explained that items were purchased after due consultation with prison officials, pointing out that some of products are meant to facilitate skills acquisition for the inmates so that they would become gainfully employed when they regain their freedom. The commissioner announced that the state government would soon facilitate discharge of the female prisoners with minor charges like fines, highlighting that present administration in Kano, under Governor Ganduje, had recently made possible the release of about 1,000 inmates, whose jail terms arose from petty offenses. “It is part of the mandate of the Ministry to provide legal aid to female inmates”, Barr. Zubaida reiterated, saying for anyone of them that cannot hire a lawyer, the ministry would do so at their behest. She advised them to take the advantage of being in the prison, as a reformatory ground, to mend their ways, pointing out that although some are responsible for their own incarceration, others are victims of circumstances. In his remarks, the Deputy Comptroller Of Prisons, Auwalu Umar Diso appreciated the administration‘s determination to improve the lives of prisoners in the state, assuring that all the items provided would be judiciously used. The prison official appealed to the state Ministry of Women Affairs to provide trainers for the skills acquisition program being conducted in the prison. 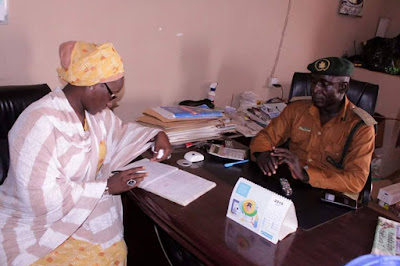 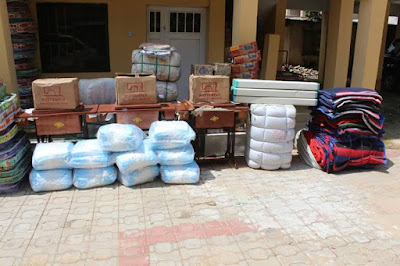 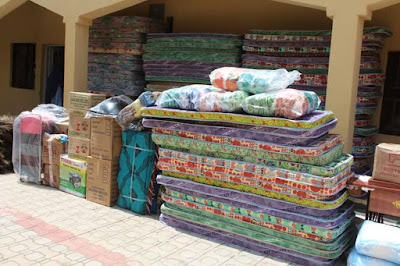 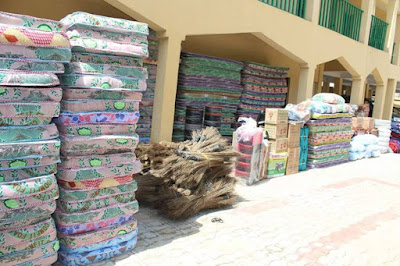 Governor of Kano State Dozes Off At The Katsina Economic Summit. Photos