A lady identified as Precious who rendered help by accommodating a friend to her ex-boyfriend -in her house for two weeks in Kwara state, got more than she bargained for after being allegedly attacked and stabbed by the same man (Mandela Onyinyechukwu Bamas). According to a police officer, Edward Onoriode, who shared this, Mandela who connived with his friend to dupe Precious -allegedly hacked into her bank account and allegedly stole N90,000. He also ‘stole her iPhone and her jewelries’. . Read the full details below; 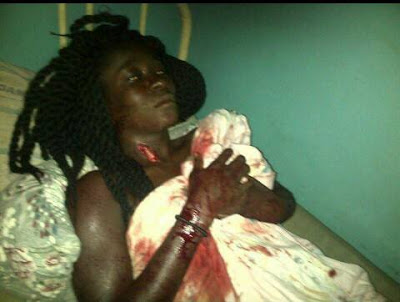 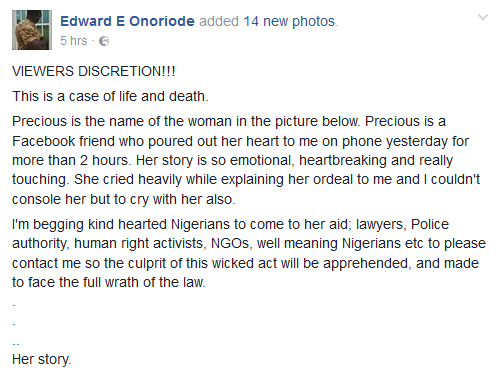 Her story. Precious accommodated this man who goes by the name “Mandela Onyinyechukwu Bamas” for two weeks in her apartment at Ilorin, Kwara state Nigeria. Precious and Mandela are not dating but are just mere friends. Mandela and Precious ex boy friend ‘Lanre’ are childhood friends before this incident occurred June this year. According to precious, Mandela called her on phone that he’d travel down to Kwara state for a project he’s about to supervise and will want Precious to accommodate him for two weeks to cut cost on accommodation till the project is completed which Precious refused initially. But after much pressure and begging on phone, Precious conceded to Mandele plea. 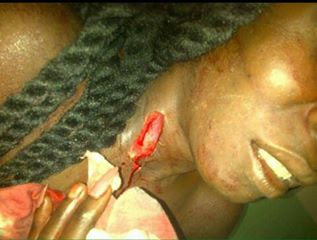 How did Precious know Mandela? Mandela and Precious ex boyfriend Lanre are childhood friends. Lanre often bring Mandela to Precious house. That’s how Precious came to know Mandela. But before all this incident, Lanre and Mandela are not in talking terms. Lanre is not even aware that Precious accommodated Mandela because they’ve ended their relationship. What happened when Mandela visited Precious? Mandela arrived Kwara state as promised but not to carry out any project but to specifically ruin Precious life. And he almost did. Mandela successfully hacked into Precious bank account and made away with N90,000. How did Mandela hacked into Precious account? Lanre and Mandela sometimes spend days at Precious apartment when the going was good. Mandela and Lanre sometimes go to the bank to make withdrawal with Precious ATM card, so Mandela was able to identify Precious ATM pin and account balance. After Precious and Lanre broke up, Mandela schemed within him to dupe Precious hence, the reason he claimed he has a project to supervise in Kwara state and needed Precious to accommodate him, unfortunately for Precious, Precious fell for Mandela scheme and lies. 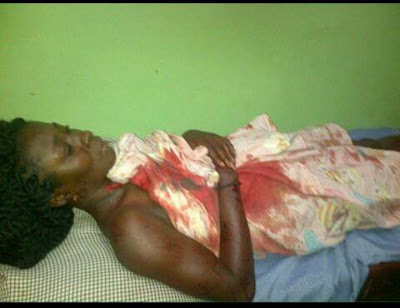 Why is Mandela the prime suspect of the missing N90,000? During Mandela stay in precious house, Precious was furious when she saw various bank alerts on her phone. Precious went to the bank to file a complaint, and she was informed that she made some online purchase with her account. She was confused because she didn’t make any online purchase with her account. She cried her eyes out when the bank said there is nothing they can do. Two days later, Mandela who had initially solicited for a N25,000 loan from Precious citing that he’s financially handicap came home with a brand new Tecno boom phone worth over N35,000 and other items. Precious became suspicious and subsequently told Mandela to vacate her apartment in two days time after Mandela denied knowledge of the missing N90,000. Where did Mandela moved to after being rejected from Precious apartment? Mandela moved into Precious neighbour’s house within the same compound; her neighbor and a fellow woman. Precious was furious and threatened with Mandela continuous stay in the compound. She complained to her compound caretaker but nothing was done to see Mandela evicted from the compound completely. One unfortunate evening, Precious was taking care of her laundry within the compound, when someone moved into Precious room and made away with her iPhone 6 phone and gold jewelries. She cried to the Police station to file a report but the Police at Ilorin were helpless and couldn’t recover a two months old IPhone 6 phone valued at over N200,000 and her jewelries. Precious was confident that Mandela was the person that stole her phone so she approached Mandela to produce her phone. Why is Mandela the Prime suspect of the missing iPhone 6 and Jeweleries? According to precious, Mandela somehow knows the password to her iPhone 6 when things were good between them and within 24 hrs of the missing phone and jewelries, Mandela left the compound. What happened after the missing phone episode? Few days after the phone incident, Precious was at home watching a movie at about 1am in the morning when she noticed an unusual movement within the compound, as she came out to see who was moving at such an odd hour, her gen set was switched off and the next thing she could remember is that she was grabbed from behind and stabbed multiple times on her neck. She struggled to defend herself with all the strength in her but she had already received various degree of injuries from the knife stab on her neck and hand. 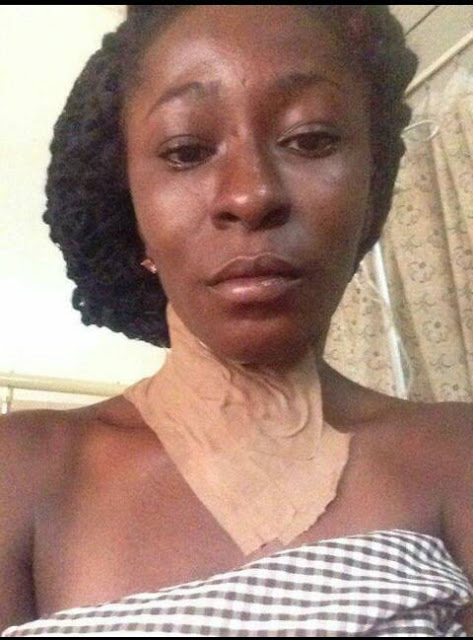 Why is Mandela the prime suspect of this heinous crime? When Precious neighbours came out to see what’s happening, Mandela ran out leaving Precious on her own pool of blood but unluckily for Mandela, his glasses, ATM card and the knife he used in stabbing Precious were left behind at the crime scene. What happened after the stabbing? Precious was rushed to the hospital for emergency medical attention by neighbors and later she filed a complaint at the nearest Police station. But the Police at Ilorin where she reported the case to were clawless and toothless to get Mandela arrested because Mandela absconded to thin air immediately after the crime. His whereabout can’t be traced by the Police till date. Has Mandela been arrested yet? Till date, Mandela is walking freely and yet to be arrested because he’s on the run and no one knows his present location. Why did Precious decide to speak out now? Mandela called Precious recently with a private number and threatened her to send him some money. According to Precious, Mandela said he’ll deal with Precious if she doesn’t cooperate. Precious became scared and had to relocate for her safety. Precious had wanted to keep quiet but with the fresh threat, she’s scared of her life and had to approach me (Edward E Onoriode) for assistance. Also, Precious said she wants other women who are in similar circumstances to speak out and shouldn’t be scared or blackmailed to talk. Please Nigerians, Mr Mandela Onyinyechukwu Bamas must not go unpublished. He need to be brought to book for this heinous crime. Well meaning Nigerians should contact me if you’re touched and willing to help Precious. Please tag your friends and share this post till it gets to the relevant authority to save a life and get this wicked man arrested. Meanwhile, this is not the time for us to find fault or pass blames on Precious and her story. That should be left for the Police. The deed has been done, the mistake has been made and what Precious need right now is help and justice. None of us here is above mistakes. Her life is being threatened right now and she need the culprit of this wicked act brought to book. The picture of Mandela is provided among the pictures attached to this post. 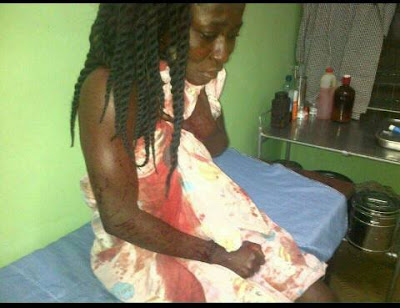 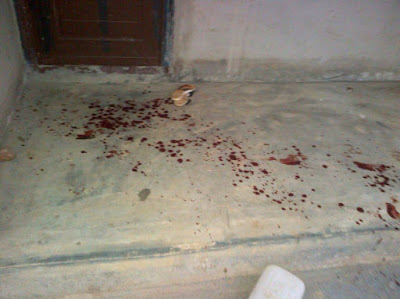 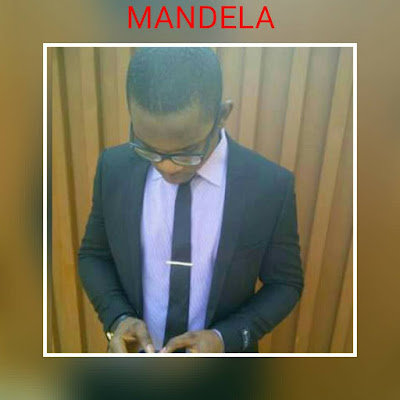 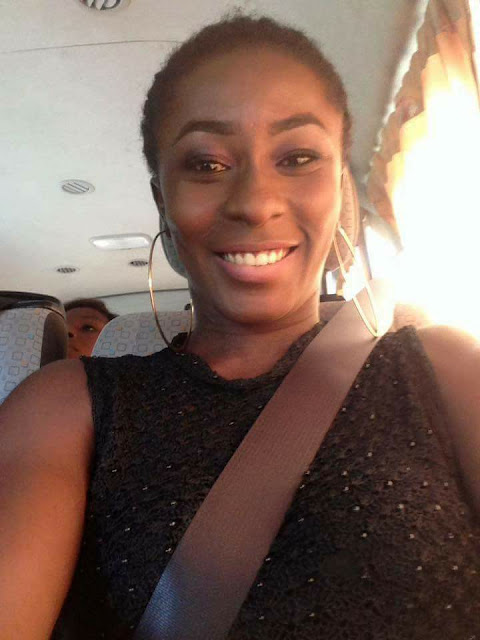 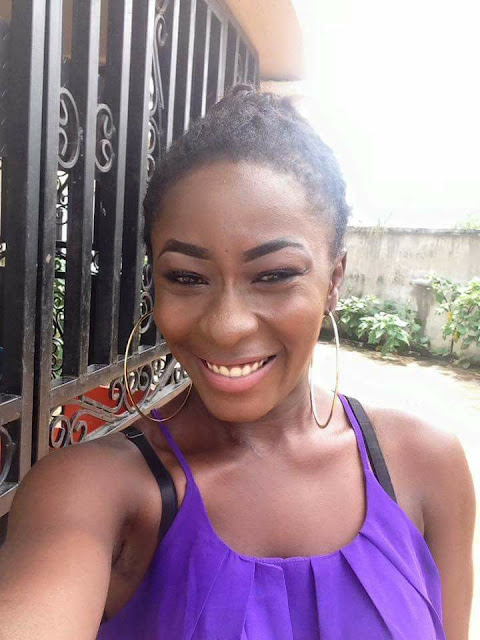 Guy Blasts Lady For Wearing This Outfit To Church. See What Happened Next. Photos

Lady Goes Unclad While Fighting Another Woman In Public Over A Guy. Photos